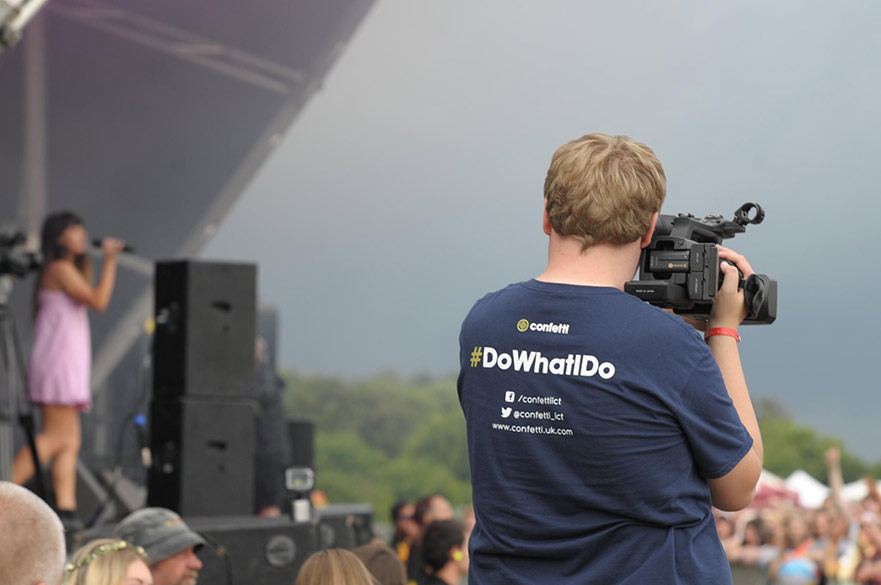 CMG began life with the establishment of the Confetti Institute of Creative Technologies in 1994, the first specialist establishment of its kind in the region. It started out as a small facility offering courses to those wanting to forge careers in the music business as producers, sound engineers, and technicians. It is now home to 1,300 Further and Higher Education students at the very start of their careers in the highly competitive fields of games, TV, film, music and live events production. Confetti was a trailblazer. Its success led to the formation of Spool Films, Constellations, Denizen Recordings and the Antenna Media Centre. All work together under the umbrella of the Confetti Media Group.

Nottingham Trent University is in the process of creating the University of the Future, emphasising inclusion and enterprise. Its cultural heritage can be traced back to 1843, with the establishment of the Nottingham Government School of Design, the origin of art and design education in Nottingham, making it one of the UK's most well-established, renowned and creative universities. An investment of £350 million in estate and equipment across its three campuses during the last ten years has also led Nottingham Trent University to be one of the world's greenest universities.

This new partnership with CMG is absolutely in line with the University's new strategic plan.

CMG has had a long-standing relationship with the University. The partnership was strengthened with the launch of joint-venture, Notts TV, in 2014. The Confetti Institute of Creative Technologies will extend its Higher Education provision through running new degree courses with Nottingham Trent University in the near future. This latest development is the logical next step. The closer alignment of two creative education establishments strengthens the talent pipeline and Nottingham's ability to attract and retain outstanding students. It will develop the offer for creative businesses, further enhancing Nottingham's Creative Quarter initiative.

Nottingham Trent University's Vice-Chancellor, Professor Edward Peck, said: "This new partnership with CMG is absolutely in line with the University's new strategic plan, bringing together two successful organisations with ambitions and skill sets that complement each other.

"The combination of CMG and NTU will help create significant new opportunities for our shared students in terms of degree pathways, courses available, and employability prospects, with an enhanced ability to personalise their individual experiences. It will also extend the footprint of the University into the heart of Nottingham's Creative Quarter and will assist our students to create deeper roots within the City well beyond our current City site."

Craig Chettle added: "It will be business as usual initially, but with an agenda to extend and deepen the offer to students. I am remaining in post as Chief Executive of the Confetti Media Group and as a shareholder in and Chair of Notts TV.

"We will continue to operate and deliver activities from our existing premises and I look forward to embarking on the next phase of the CMG journey with such a vibrant, well respected, and creative university."