Recipients of honorary degrees includes stars of the screen, business, catering and charity

Award-winning Nottingham-born actress Vicky McClure is among ten inspirational figures to be given an honorary degree or award at Nottingham Trent University. 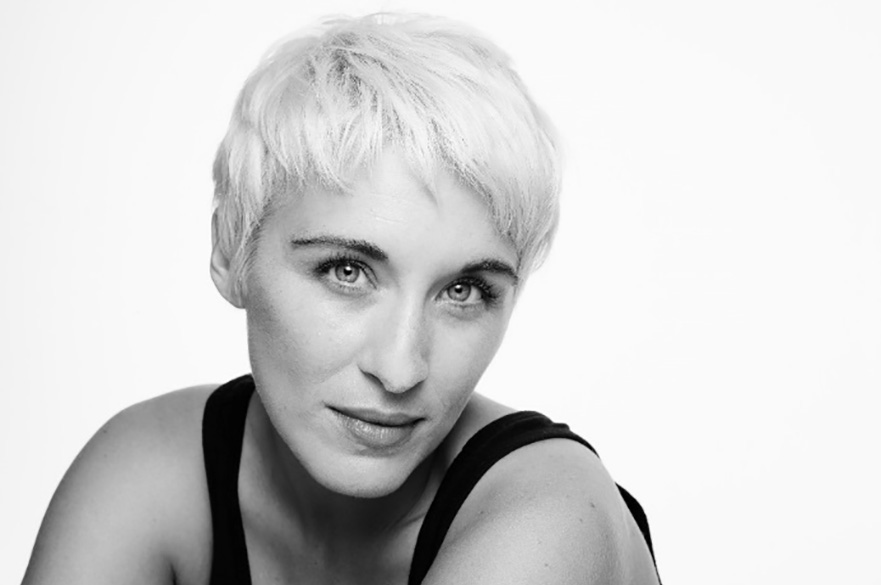 Vicky McClure will be named an honorary Doctor of Arts

Award-winning Nottingham-born actress Vicky McClure is among ten inspirational figures to be given an honorary degree or award at Nottingham Trent University.

Other recipients include Esther Mujawayo-Keiner, humanitarian campaigner and supporter of fellow survivors of the genocide against the Tutsi in Rwanda, and Lord Lieutenant of Nottinghamshire, Sir John Peace.

Nottingham Trent University Chancellor, Kevin Cahill CBE, and Vice-Chancellor, Professor Edward Peck, will be conferring the degrees at a number of graduation ceremonies at the Royal Concert Hall between Monday 20 and Friday 24 July.

Professor Edward Peck said: "It is a privilege to award these honorary degrees in recognition of the tremendous achievements of the recipients. All of our honorary graduates are outstanding in their fields. They have enriched and influenced the lives of people living in Nottingham, the UK and, in many cases, around the world. They are not only an inspiration to our many young adults who are also graduating this year, but to all of us."

Vicky McClure will be named an honorary Doctor of Arts in recognition of her significant contribution to the acting profession and to charitable support in Nottingham. She is best known for her work in the films of Shane Meadows, including A Room for Romeo Brass and the This Is England series, the first of which is on film, and then in two TV sequels which earned her a Best Actress BAFTA. Other notable TV appearances include roles in Line of Duty and Broadchurch.

After losing her husband and most of her family in the 1994 genocide against the Tutsi in Rwanda, Esther Mujawayo-Keiner, along with other widows, founded AVEGA Agahozo to support the survivors. Esther, who was working for Oxfam GB at the time of the genocide, is now based at the Psychosocial Centre for Refugees in Dusseldorf, which helps severely traumatised victims. She is an advocate for international compassion and a campaigner for action to help refugees. Esther will be named an honorary Doctor of Social Sciences.

Sir John Peace is chairman of Standard Chartered plc and Burberry Group plc. He is the co-founder of CCN Systems, now Experian plc, and former CEO of Great Universal, with Homebase and Argos among the group’s best-known sub-divisions. From 2006-2014 Sir John was chairman of Experian plc. He also served on the Board of Governors of Nottingham Trent University from 1997 to 2011, including ten years as chairman, and currently chairs Nottingham’s Economic Growth Board. Sir John was knighted in 2011 for services to business and the voluntary sector. He will be named an honorary Doctor of Business Administration.

In addition, music broadcaster and DJ, Pete Dalton, a.k.a. MistaJam, will receive the Honorary Award of the Nottingham Trent University Students’ Union.

Shane Meadows will become an honorary Doctor of Arts in recognition of his significant contribution to the British film industry with his international reputation as a film-maker. His break into the film industry came after he moved to Nottingham. His first feature-length film, Twenty-Four Seven, starred Bob Hoskins and was partly shot in Nottingham, while A Room for Romeo Brass; This is England and Once Upon a Time in the Midlands were entirely shot in Nottingham. His other films include Somers Town and Dead Man’s Shoes.

Chef and restaurateur, Sat Bains’ reputation has continued to grow since he opened Nottingham’s Restaurant Sat Bains with Rooms, where he gained his first Michelin Star in 2003 and his second in 2011. Sat will be named an honorary Doctor of Arts in recognition of his significant contribution to catering and hospitality on both a national and international stage, his support for the restaurant industry in Nottingham, and the championing of quality local produce.

Receiving an honorary Doctorate of Business Administration in recognition of his significant contribution to leadership in the UK health and beauty industry, and the international position of the Nottingham-based Boots company in this field, will be Alex Gourlay. After starting at Boots as a Saturday shop assistant before qualifying as a pharmacist, Alex is now executive vice president of Walgreens Boots Alliance and president of Walgreen Co.

From starting work as an assistant in a butcher’s shop, Ranjit Singh Boparan has built up a multi-billion pound operation across the food, retail and catering industries. His 2Sisters Food Group began preparing frozen chicken joints and has diversified into the third largest food manufacturer in the UK, leading initiatives in food safety. Ranjit has set up the Boparan Charitable Trust to help disadvantaged children and young people. He will be named an honorary Doctor of the University.

Paul Bowden, who is a leading international environmental lawyer, will be named an honorary Doctor of Law. He is a champion of legal education and served 12 years as chair of Nottingham Law School at Nottingham Trent University. Paul is a partner of an international law firm and specialises in environmental and product litigation. He is concerned about individual rights and the principle of access to justice for everyone.

Kristin Hallenga founded the charity CoppaFeel! after being diagnosed with breast cancer at the age of 23. The charity aims to raise awareness and understanding of the condition amongst young people, promoting healthy habits and self-checks through events, workshops and campaigns in schools and universities and with the media. She will be named an honorary Doctor of Public Administration.

Music broadcaster and DJ Pete Dalton, a.k.a. MistaJam, was born in Nottingham and saw his career take off in the city. He is an award-winning presenter on BBC Radio 1 and BBC Radio 1xtra, and a multi-genre DJ in clubs and festivals, including fabric in London, Space in Ibiza, and Glastonbury. He will receive the Honorary Award of the Nottingham Trent University Students’ Union in recognition of his significant contribution to broadcasting and the celebration and appreciation of music.

Recipients of honorary degrees includes stars of the screen, business, catering and charity