Researchers are investigating what impact nesting in urban areas is having on peregrine falcons. 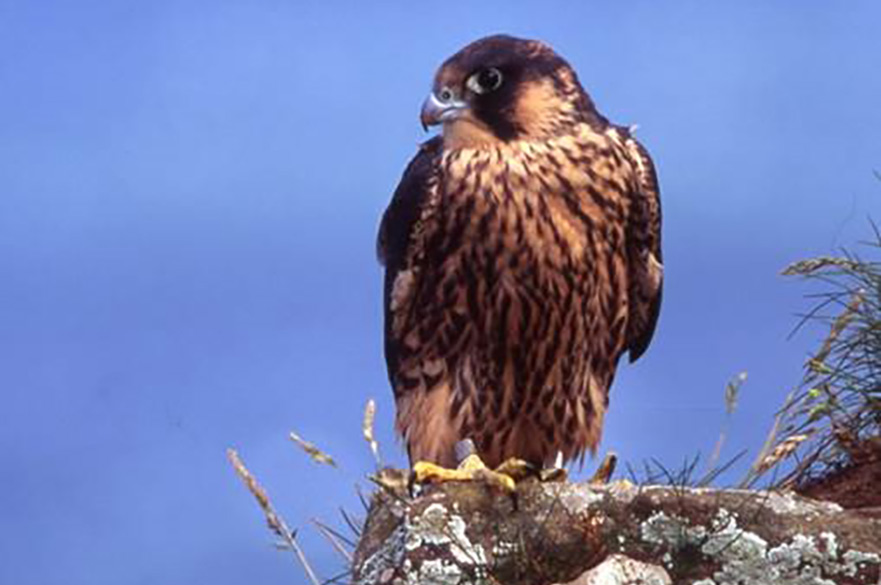 Researchers are investigating what impact nesting in urban areas is having on peregrine falcons.

As part of the study, the Nottingham Trent University team will compare the behaviour and ecology of peregrines nesting in both rural and urban habitats.

While they typically nest on cliff edges and open landscapes, in recent years peregrines have started nesting on tall buildings in towns and cities, which mimic these conditions.

The researchers hope the project will provide an insight into the potential impact and benefit of selecting different nesting sites – shedding light on behaviour such as what they're eating, number of offspring, and what time of year their chicks are hatching.

A ledge on Nottingham Trent University's Newton building in Nottingham city centre has been home to a pair of peregrine falcons for more than ten years. Dozens of chicks have been raised and successfully fledged during this time.

As well as that nest, the project – being led by the University's School of Animal, Rural and Environmental Sciences – is looking at 15 other nest sites across the UK.

The study has involved setting up infrared cameras to observe rural nesting sites, and making use of existing webcams which have been installed to allow members of the public an insight into the life of these birds – such as the one created at Nottingham Trent University.

"Although peregrines can be found in urban locations all over the world, there has been little research into how they have adapted to urban life," said Esther Kettel, a researcher in the university's School of Animal, Rural and Environmental Sciences.

She said: “We want to know what the benefits are, if any, of living in these habitats, which are typically associated with the decline of so many species.

"It is thought the birds are attracted to towns and cities due to the year-round abundance of food – typically feral pigeons – and availability of nest sites on building ledges, but how this affects their behaviour and success rate is less well understood."

Dr Louise Gentle, a senior lecturer in animal behaviour at Nottingham Trent University, added: "Researchers have been studying peregrine falcons for years, yet nobody has compared rural and urban peregrines to find out what impact urbanisation is having on their behaviours."

Peregrine falcons are believed to be the fastest animal on the planet, reaching speeds of more than 200mph when diving for prey.