Scientists have identified a series of genes which appear to play an important role in the longer survival of women with ovarian cancer. 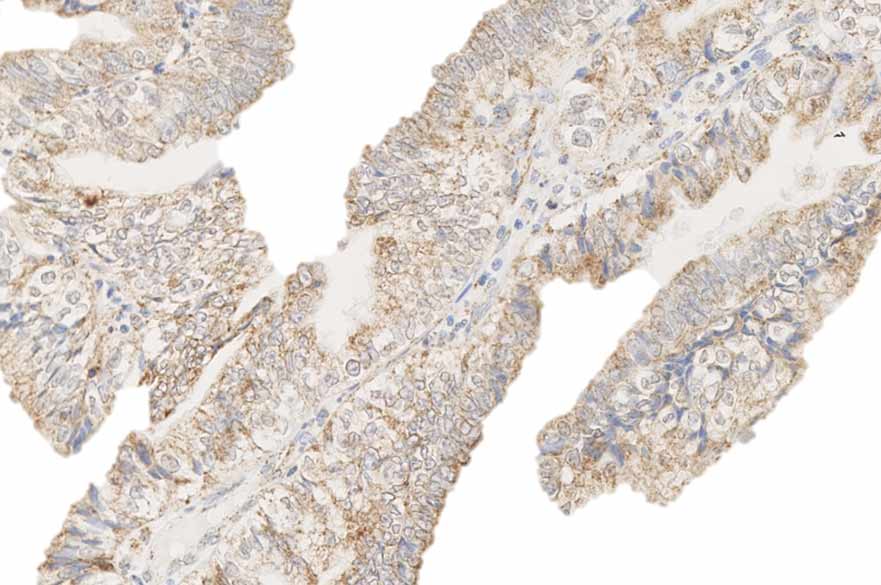 About 4,000 women in the UK will die from ovarian cancer each year

There is an urgent need to improve therapy for patients with advanced stage ovarian cancer.

Scientists have identified a series of genes which appear to play an important role in the longer survival of women with ovarian cancer.

It is hoped the Nottingham Trent University study could help to pinpoint genes which might act as new targets for therapies against the disease – as well as offer insight into a patient's prognosis and their potential response to different treatments.

Fewer than one in five women with advanced stage ovarian cancer will survive beyond five years and about 4,000 UK women will die from the disease each year.

Despite rising interest in identifying targeted therapy, there has been no significant change in the disease's outcome in the last few decades.

As a result, the team – based in the University's John van Geest Cancer Research Centre – was able to identify 56 potentially significant genes out of an initial search of 37,000.

While certain genes have previously been associated with ovarian cancer, few have been verified for their clinical significance.

The researchers say these genes appear to play a role in the molecular mechanisms that occur within a tumour with regards to survival length, and as such should be investigated further.

Biomarkers that identify the presence of pancreatic cancer have recently been reported and we urgently require similar markers for ovarian cancer.

Its high mortality rate is attributed to the majority of incidences begin diagnosed at a late stage – and symptoms are typically vague, including back and abdominal pain, bloating and abnormal menstrual patterns. Few, if any, symptoms are evident from early-stage disease.

Treatment for ovarian cancer is most commonly a severe abdominal surgery,  including hysterectomy and tumour debulking, frequently with chemotherapy.

She said: "Hopefully we have added a useful piece to a large jigsaw. Implicating these genes should help build the growing body of knowledge about the cellular mechanics of ovarian cancer. In future work these genes will be further investigated; this will increase our understanding of how the disease works and could lead to a novel therapy target."

Professor Robert Rees, the Director of the University's John van Geest Cancer Research Centre, added: "Identifying genes and the proteins they code for that uniquely associate with ovarian cancer increases the likelihood of developing diagnostic tests and new therapies for this disease.

"Biomarkers that identify the presence of pancreatic cancer have recently been reported and we urgently require similar markers for ovarian cancer, which at present is largely untreatable when detected."