NTU is celebrating its successful partnership with Nottingham Rugby after Sport Scholar Ben Brownlie was selected for this week's pre-season friendly against the national team of Tonga. 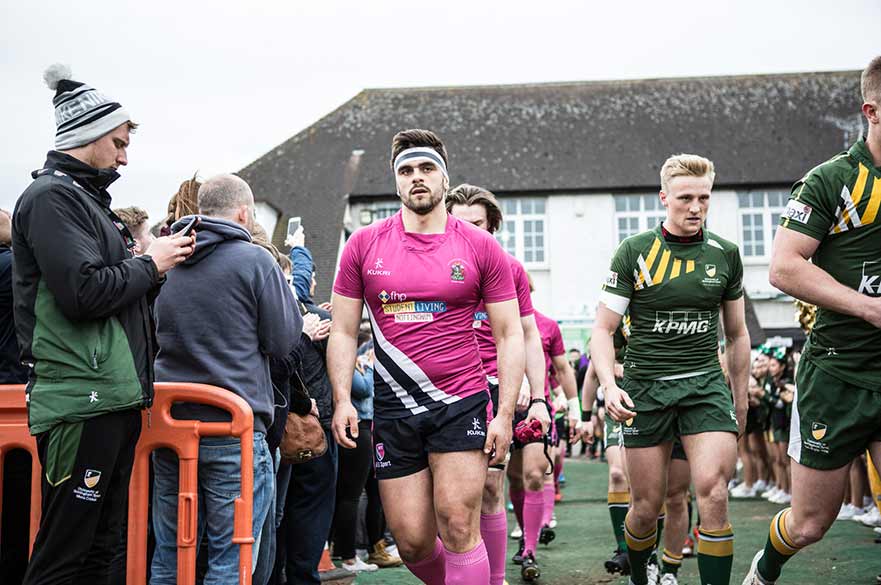 NTU is celebrating its successful partnership with Nottingham Rugby after Sport Scholar Ben Brownlie was selected for this week's pre-season friendly against the national team of Tonga.

Nottingham Rugby has been undergoing an intensive pre-season schedule, preparing themselves for the start of the Greene King Championship season in September. Their summer of hard work culminates Friday 28 August, when they host their first ever international fixture against the Pacific island nation of Tonga.

The Green and Whites have been no strangers to NTU over the summer break, regularly using the facilities on Clifton campus while their brand new gym at home ground Lady Bay has been under construction.

NTU's partnership with the side has even seen the University contribute towards the cost of the team's new facility, which opened earlier this month.

With the 2015 Rugby World Cup – hosted in England – just weeks away, international teams have started to arrive in the UK ready to begin their battle for the trophy.

The Tongan side, who have been drawn in Pool C alongside reigning champions New Zealand, face Nottingham – who have two Tongans among their ranks – as part of their preparations for the tournament.

Neil Fowkes, Forwards Coach and NTU's Head of Rugby, said: "It's a massive privilege for the club to host an international team at Lady Bay and the players are really keen to put on a performance for the occasion and to help us prepare for our Championship campaign.

"The hard work the Nottingham players have put in on the pitch, in the facilities at NTU and in the new gym at Lady Bay, has been fantastic and should help us build towards the Championship."

NTU Sport would like to wish Ben and his teammates the best of luck in Friday's clash.

Tickets will also be available to buy on the evening of the game, but the club recommends you purchase your tickets in advance to avoid any potential queues, as they are expecting the ticket office to be busy on Friday evening.

Please note that the club office will be closed for ticket sales on Friday daytime and tickets will not be able to purchase until the club ticket office opens pre-match at 6 pm.

Any media wishing to attend the match should email Simon Ball-McQueen to request accreditation.