An independent study into the policing of hate crime has for the first time investigated the perspectives of police officers and the issues they face, revealing that more support from external agencies is needed. 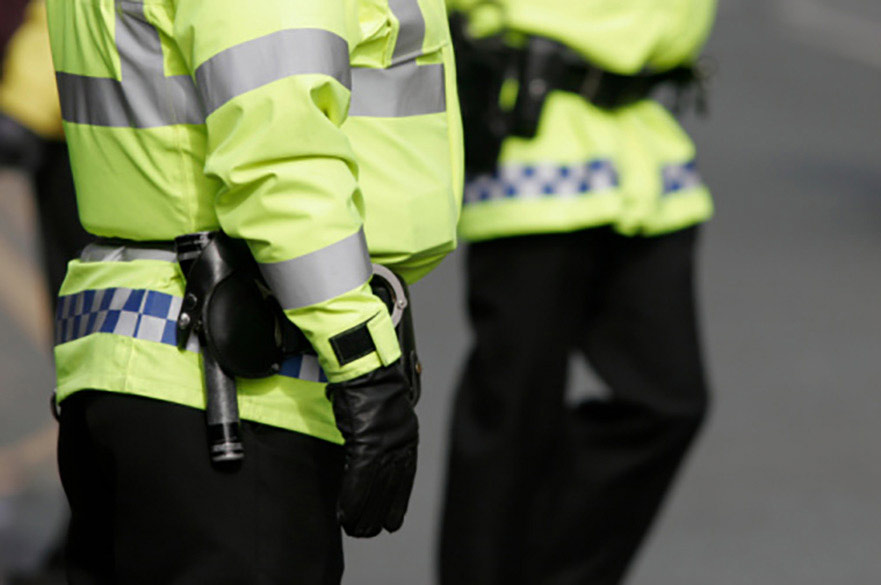 Hate crime is currently a priority area for the police force

An independent study into the policing of hate crime has for the first time investigated the perspectives of police officers and the issues they face, revealing that more support from external agencies is needed.

Carried out by Nottingham Law School on behalf of the Hate Crime Steering Group, in-depth interviews were conducted with frontline officers from Nottinghamshire Police, and the outcomes will be shared among UK forces.

Hate crime is currently a priority area for the force and includes five monitored strands: disability, race, religion, sexual orientation, and gender identity. Hate crimes make up around 1% of overall crime, with 44,480 hate crimes recorded by police in 2013-14, an increase of 5% compared with 2012-13.

The report is authored by Dr Loretta Trickett from Nottingham Law School, Nottingham Trent University, who was supported in the research by Dr Paul Hamilton from the University’s School of Social Sciences.

The findings revealed that while police officers are clear on what a hate crime is and know the procedures to be followed, their current training – mostly through simulated incident computer programmes or equality and diversity courses – does not equip them sufficiently to deal with more complicated cases.

Dr Trickett said: "Many of the officers I interviewed were not fully engaged with the training in its current format. Officers felt that they would instead benefit more if they could hear about colleagues’ personal experiences and knowledge of dealing with hate crime and incidents, and gain an insight into what officers in other roles might do.

"However, an issue that police officers often face is that of exposure. Many police officers, particularly newer recruits, have limited experience of hate crime and incidents, exacerbated by the fact that they are often unreported."

The report also recommends that external agencies play a greater part in providing 24-7 assistance to relieve the pressure on police particularly during evenings and weekends.

Hate crime is known to cause increased harm to victims and has led to significant community fear and even instigated civil disorder.

The ‘process’ of dealing with hate crime from start to finish, and the morale of officers who often don’t receive feedback on the outcome of cases, was also examined, including the role of the Crown Prosecution Service (CPS) in helping officers to compile cases and communicate with the victims.

"There needs to be more examples coming back from the CPS about cases where hostility has been proven and the factors involved. This would help the police to improve their knowledge and morale, and also assist them in communicating with victims, an important part of maintaining positive relationships with the public," said Dr Trickett.

"Dealing with hate crime cannot be the responsibility of the police alone. It is essential that the role of other agencies is promoted and the lines of what the police can and can’t do is highlighted and made public. Much clearer lines of responsibility and ownership are needed. We need to be providing our police officers with considerably more support and resources for dealing with hate crime than we are currently doing."

Paul Giannasi, head of the Cross-Government Hate Crime Programme, said: "Hate crime has emerged as a significant challenge for policing in the UK since the 1980s, as it has in many other states. It is known to cause increased harm to victims and has led to significant community fear and even instigated civil disorder.

"Since the Stephen Lawrence Inquiry reported in 1999 there has been significant changes and improvements to our responses but we still see that the majority of offences do not get reported and many of those who do are not recorded correctly. Most challenging is that despite our prioritisation, victims of hate crime are much less likely to be satisfied with the service they receive than are victims in general.

Hate crime is a priority for Nottinghamshire Police but we cannot tackle it on our own.

"The 2014 national police guidance recognised some of the new challenges we face but it is valueless if standards are not understood or delivered on the streets. Delivery will only follow if our colleagues and partners are trained and motivated through effective leadership. This research is helpful in informing our efforts to improve services because it helps us understand the way front line colleagues feel about hate crime. I believe it is essential reading for those charged with developing training or leading hate crime responses in all police agencies."

Supt Ted Antill, Nottinghamshire force lead for hate crime, said: "This is a really valuable piece of research which we can use to inform and improve our training on hate crime. We welcome this report, which was commissioned by the Safer Nottinghamshire Board, and will now look at how we can share its findings and develop our practices.

"Hate crime is a priority for Nottinghamshire Police but we cannot tackle it on our own. Partnership work is already well established and hugely important, to be effective in preventing this crime we all need to work together within our communities to encourage greater understanding and trust."