Student satisfaction at Nottingham Trent University is at an all-time high, according to this year's National Student Survey. The university has climbed to joint 46th out of 157 in the influential national league table – an increase of 15 places. 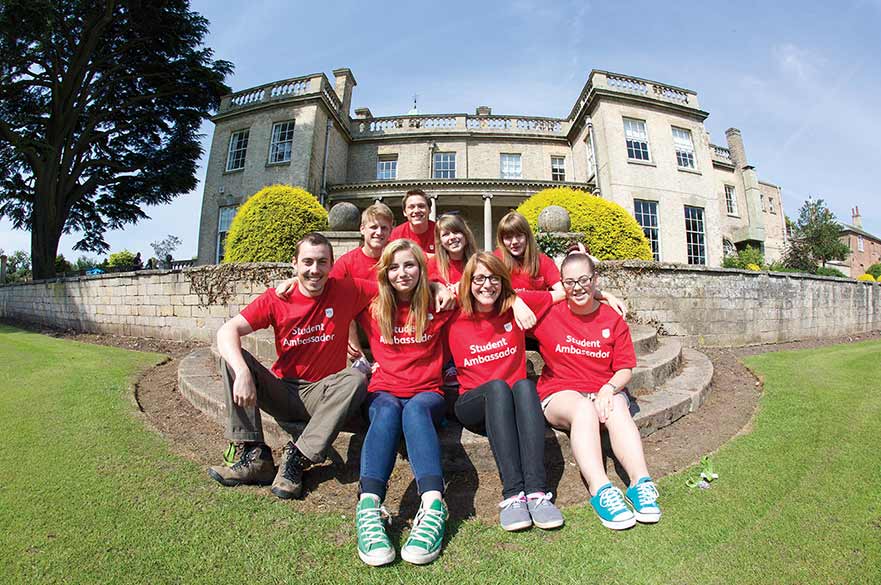 Student satisfaction at Nottingham Trent University is at an all-time high, according to this year's National Student Survey (NSS). The University has climbed to joint 46th out of 157 in the influential national league table – an increase of 15 places.

The NSS, which is aimed at mainly final year undergraduates, gathers opinions from students about experience of their courses, asking them to provide honest feedback on what it's like to study at their university of choice.

Nottingham Trent University has seen satisfaction increase for the fourth consecutive year, with an overall satisfaction rating of 88%, 2% above the sector average.

The University's courses in the Chemistry and Agriculture and Related Environment subject areas showed 100% satisfaction, resulting in a joint first ranking for these subjects across the sector.

The University is also in the national top five in four other subject areas: Biology, European Languages and Related, Linguistics and Animal Science.

There were top ten rankings for the Planning and Forensic Science subject areas.

Students on 18 courses run by Nottingham Trent University said they were 100% satisfied. There was also a top 20 position for the University with regards to its student assessment and feedback.

A total of 3,550 Nottingham Trent University students completed the survey, with 92% of them saying they would recommend studying at the University.

Nottingham Trent University Students' Union is also celebrating after it achieved a top ten rating with an 83% satisfaction score, which is well above the national average of 69%. This comes in the year the Students' Union won the Higher Education Students' Union of the Year 2015 Award by the National Union of Students. The University's libraries have also seen an improvement in student satisfaction, rising to 91%.

Professor Edward Peck, Vice-Chancellor, said: "The results of this year's National Student Survey once again show how we are continuing to gain national recognition for the quality of teaching and facilities at Nottingham Trent University.

"Our rise into the top 50 universities is a tremendous achievement and this increase reflects the efforts our staff have made to improve the University experience for students.

"Such successes are down to the expertise and commitment of our staff who have the quality of our teaching as their priority."