Our weekly review of the week's performances in sport returns after a long absence, as we consider the matches and outcomes from Wednesday 14 October. 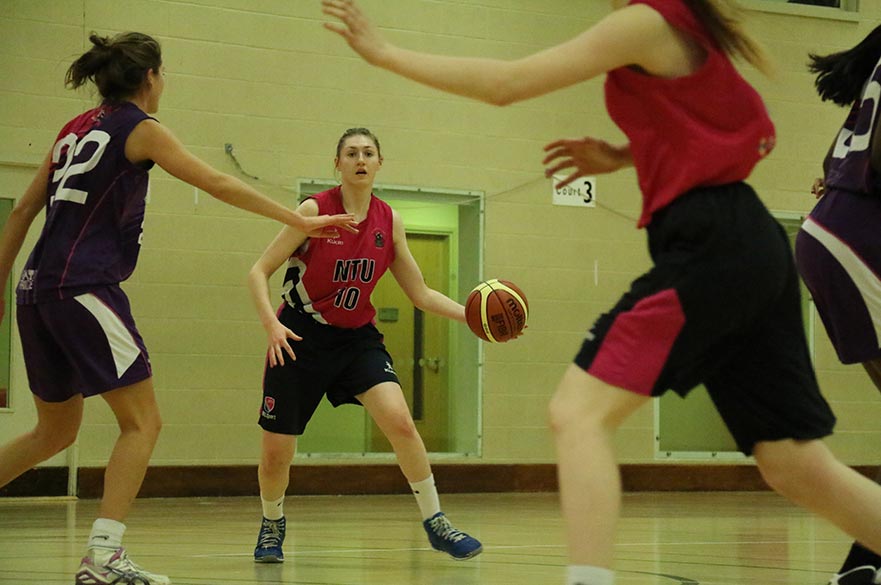 Our weekly review of the week's performances in sport returns after a long absence, as we cast an eye over the matches and weigh up the results from Wednesday 14 October.

Though it wasn't the opening week, it was the biggest of the season with over 55 matches scheduled to take place. For many students and some coaches, it was the first time to face off against opposition from around the country and represent Nottingham Trent University in the brand new bold pink strip.

Of the games that took place, NTU teams achieved a win percentage of 43.63% (24 from 55) which is consistent with the same time last year. Regardless of the scores, a huge congratulations goes out to all our teams and players that were involved this week.

Prior to the addition of table tennis as a sport at NTU, the only team to achieve a national title was Women’s Basketball back in 2003, when they won the then-BUSA Championship. However, times have been tough since, and although a consistent presence among the Premier League and Tier One leagues has been maintained over the past decade, the Women’s Basketball team has been unable to achieve the heights previously enjoyed.

That makes their achievement on Wednesday all the more significant. Their biggest win last season was a 73-37 win over Cranfield. This week, with the aid of new scholars Vicky Gray and Colandra Davis, NTU Women’s Basketball first team posted an astounding 97-9 win at Lincoln. Scoring that number of points is an achievement in itself, but also shutting out all but nine points in four quarters of play is just as impressive. Women’s Basketball, therefore, win the Biggest Result award for the first week proper of matches.

This category can be won by anyone – team, players, or sports clubs. This week, the best team performance can be claimed by NTU Women’s Tennis.

Having won promotion from Midlands 2A to tier 1A last year, the ladies are going to be facing the toughest teams in the region each week. The last time they were in 1A (2011/12 season), the team were unable to take away a single point from any game and were relegated. This Wednesday, however, saw them achieve more than any Women’s Tennis team has ever done at NTU, as they drew with University of Birmingham's first team – an established tennis powerhouse. We hope the Women's Tennis team can build on this and achieve the win that they’ve been fighting for for years.

Next week we have fewer games taking place but the emphasis is on those all-important wins. With the season having started, we can start to expect some consistent performances.