Professor and CBIL member Paul Omar was awarded a Certificate of Special Recognition, at the INSOL October 2015 annual conference, for his service as Secretary of the Academic Forum (2007-2015). 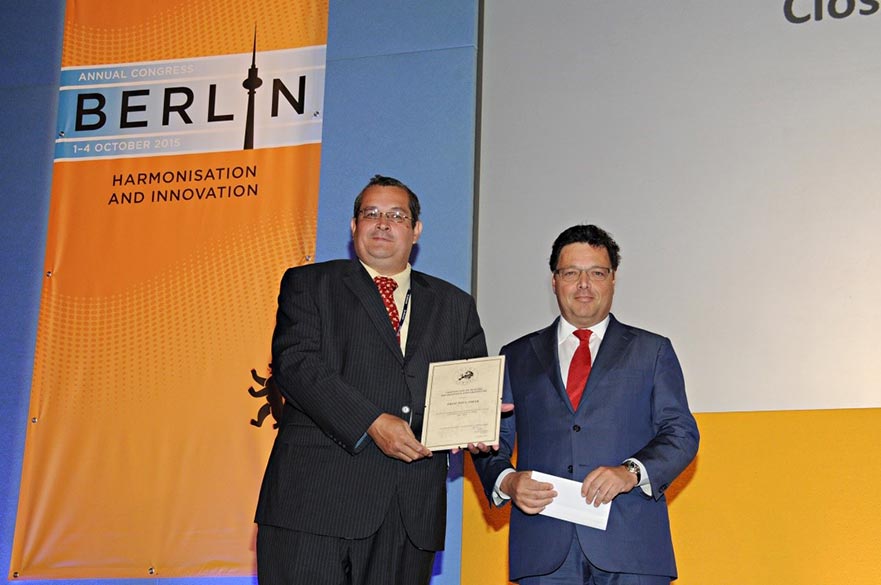 Paul Omar, Professor of International and Comparative Insolvency Law at Nottingham Law School, and a member of the Centre for Business and Insolvency Law, has been awarded a Certificate of Special Recognition by INSOL Europe at its annual conference in Berlin on 1-3 October 2015. The award, which also comes with Honorary Membership to the organization, was bestowed in recognition of Paul's service as Secretary of the Academic Forum from 2007 to 2015.

INSOL Europe is a pan-European association of academics, judges and practitioners in the insolvency field and has over 1200 members. The Academic Forum, one of its constituent groups, holds conferences twice annually. These events are a significant forum for academics researching and teaching in insolvency in Europe and wider afield and are also aimed at encouraging participation by not just established academics in the field, but also early career researchers and doctoral students. At these conferences the Centre for Business and Insolvency Law usually has a significant contingent in attendance and participating in proceedings. Members of the Centre are always pleased to be able to contribute to the work of this body through their involvement.

The Centre for Business and Insolvency Law is pleased at the honour received by Paul, which reflects the mission of the Centre to be a focus of high-quality research and teaching as well as engagement with insolvency academia and practice.