Older people are just as fast at processing a single piece of visual information as their younger counterparts – but become three times slower when required to cope with more than one item, new research has found. 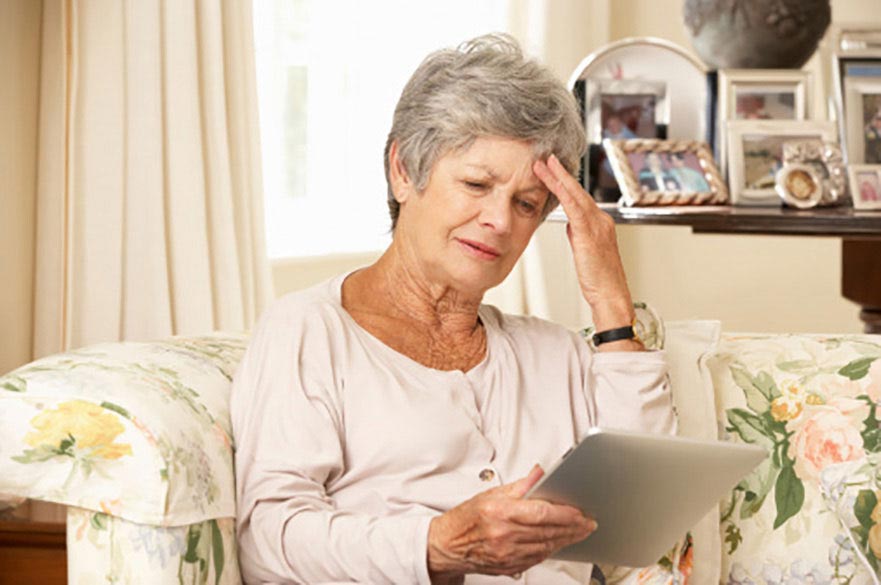 The work carries implications for everyday situations, according to the researchers

Older people are just as fast at processing a single piece of visual information as their younger counterparts – but become three times slower when required to cope with more than one item, new research has found.

A study led by psychologists at Nottingham Trent University found over 65s processed visual information just as quickly as 18-30 year olds when tasked with recreating a single object's orientation after it had briefly appeared on a computer screen.

But when additional 'distracting objects' were added to the screen as part of two further experiments, older people became significantly slower at processing the 'target object'.

The researchers – writing in the Journal of Vision – say they have been able to demonstrate evidence of an age-related decline in the speed at which visual information is processed.

They believe the study carries important implications for everyday situations such as driving, in which older people have to process information from multiple objects.

In experiment two, participants were presented with four objects including the target, while in the final task two objects were simultaneously presented and a cue indicated which was the target only after they had disappeared. These tasks examined how having to encode and retain information from multiple stimuli affected processing speed.

While there was no significant difference in experiment one, older adults – aged 65-86 – were found to have a processing speed three times slower than younger people in experiments two and three.

The researchers say that the results from the final experiment showed that the ability to encode information into the short-term memory seemed particularly age-sensitive – and that it wasn't just about adding more objects which slowed older people down, but what they had to do with these additional objects.

"The difference in task demands of having to remember two items rather than one seems small, yet this led to a large slowing in processing speed for older people," said Dr Duncan Guest, a psychologist in Nottingham Trent University's School of Social Sciences.

He said: "The work clearly has implications for everyday situations in which visual scenes are composed of multiple objects – our research suggests older people would be significantly slowed in such situations. Drivers, for instance, need to search cluttered visual scenes for targets such as road signs and buildings, while encoding and storing information about multiple other vehicles or hazards.

"Previous work has shown that older people sometimes take longer than younger adults at tasks requiring visual processing – but until now it had been less clear at what point this slowing actually occurred and in particular whether there was slowing in the rate of processing visual information.

"In the future we could potentially look at developing interventions such as training sessions, aimed at assisting older people in improving these processes."

The study also involved the University of Strathclyde's School of Psychological Sciences and Health.