There were big wins away, big wins at home, shocks, upsets and drama! Well done to all that competed to their utmost! 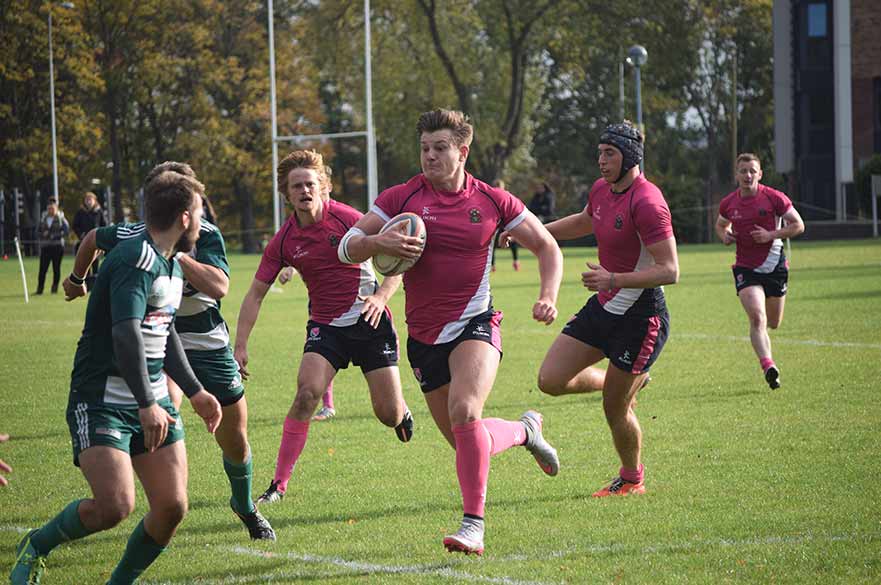 Oh! How we could write about every great thing that happened on Wednesday! There were big wins away, big wins at home, shocks, upsets and drama! We are, however, limited by space so please see our selected highlights below. Well done to all that competed to their utmost!

There were 39 games scheduled for action on Wednesday 25 November, with 21 at home and 18 away. Of the matches that took place, NTU won 57.89% of them (22 from 39 completed). Our season win percentage stands at 45.51%. It was a week packed with winner-takes-all knockout matches, with 26 such games taking place. Of these games, NTU won 59.26% (16 of 27 that had a conclusion). This means 16 teams progressed to the next round of their knockout competitions – a hugely satisfying result!

Just like in last week's BUCS Review, it was a tough decision to name the biggest result this week. So many teams achieved wins that can be considered big. Both Football first teams won through to the last 16, with Women's Football 1's beating Glasgow in Scotland. Netball 1's demolished Dundee, scoring over three times as many points as their opposition. Rugby League defeated Swansea to secure their place in the Premier South for another year. All three men's table tennis teams beat their opposition, with the 2s beating Bournemouth on the south coast in the Trophy. However, our decision for biggest result goes to Men's Rugby Union 6s for beating Staffordshire 2s 92-0 away. Not only was this the biggest score in terms of the gulf between the teams, but also the highest score put in by any NTU team. It is also an improvement from last week's game against the same opposition, when they won 88-5. Well done lads!

Taking a step back and looking at the results as a whole can sometimes give a different viewpoint on the reports. This is true this week, with a look at the Men's Rugby Union results. Every team – from 1's to 6's – progressed to the next round of their respective competition. The 1s and 2s, granted, were awarded walkovers by their opposition being unable to field teams, and as a result were worked to the bone in conditioning sessions to build for future games. This meant that the other teams could grab the limelight – and they didn't disappoint. The 3s beat Nottingham 4s and our 4s beat Lincoln 1s to progress in the Conference Cup; the 4s now face NTU 2s in the next round – a match not to be missed! The 5s from Brackenhurst overcame Derby 3s and, as mentioned above, the 6s beat Staffordshire 2s in the Plate.

Taking these all in context, an undefeated week by Men's Rugby Union claims this week's Team Performance award.

Worthy mention: Men's Table Tennis; all three teams won their respective games in league, Trophy and Cup.
Next week sees a return to league games after this week's excitement. Check out our BUCS Preview on Tuesday 24 November for further details.