Welcome to our weekly round-up of results from Wednesday's matches in BUCS games for Nottingham Trent University. 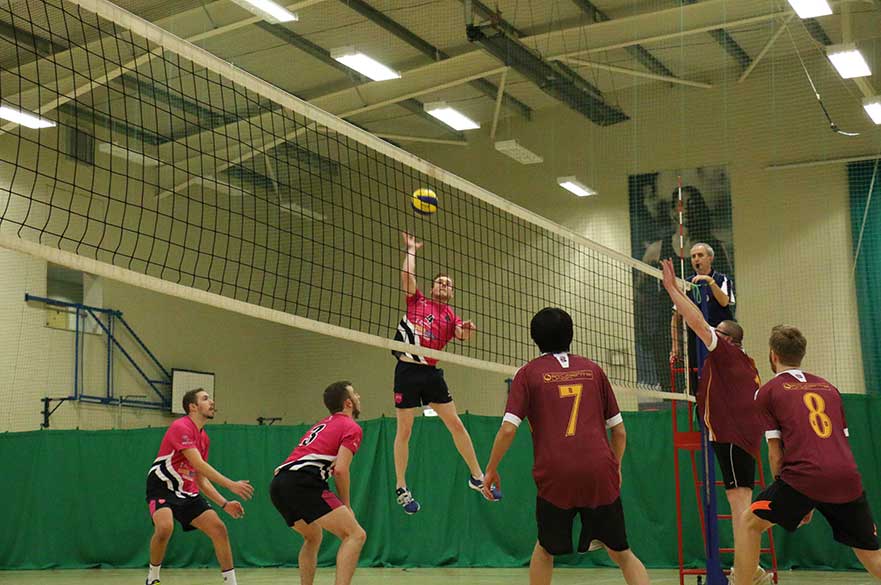 Men's Volleyball's win this week places them top of thier league.

Welcome to our weekly roundup of results from Wednesday's matches in BUCS games for Nottingham Trent University.

This penultimate week of regular fixtures before the Christmas break saw 55 games scheduled for action on Wednesday 2 December, with 29 at home and 26 away. Seven matches were rearranged due to weather issues, and of the matches that took place, NTU won 37.50% of them (18 from 48 completed). Our season win percentage currently stands at 44.88%. Nottingham Trent University sits in 19th in the BUCS Table.

With it being Trent Girls Can week, it is only appropriate and fitting that the biggest result was from a women's team. Women's Lacrosse 1st team reached the summit of Midlands 2A with a convincing win over Loughborough 3rd team, by 21-4. The NTU girls have been putting in some huge results and are undefeated in 2015/16 season, conceding just eight goals in five matches. That means their average score in the league is 31-2 – a huge margin of victory. Well done ladies!

This category can be won by anyone – team, players or sports clubs for overall performance as a group.

Rugby League secured their place in the BUCS Premier South for another year with a win over St Mary's, despite having reduced numbers available after the lengthy season took its toll. With one final league match to come, against Exeter, the boys can even reach third in the league with the right set of results. Churning out this win demonstrated their resilience and proper application of home advantage! Well done boys.

All Netball teams achieved results, with 1, 3, 4 and 5 all winning and the 2s drawing. An undefeated week across an entire sport is quite rare and definitely deserves notice!

It's the final week of matches before the Christmas break next week, so pull on your bobble hats, don your gloves and rock it out on Wednesday to cheer more teams on to victory as they bask in the warmth of your support! Check out our BUCS Preview next week for further details.