From over 120 nominations this year, BA (Hons) Furniture and Product Design student Kate Oldfield was selected as a winner. 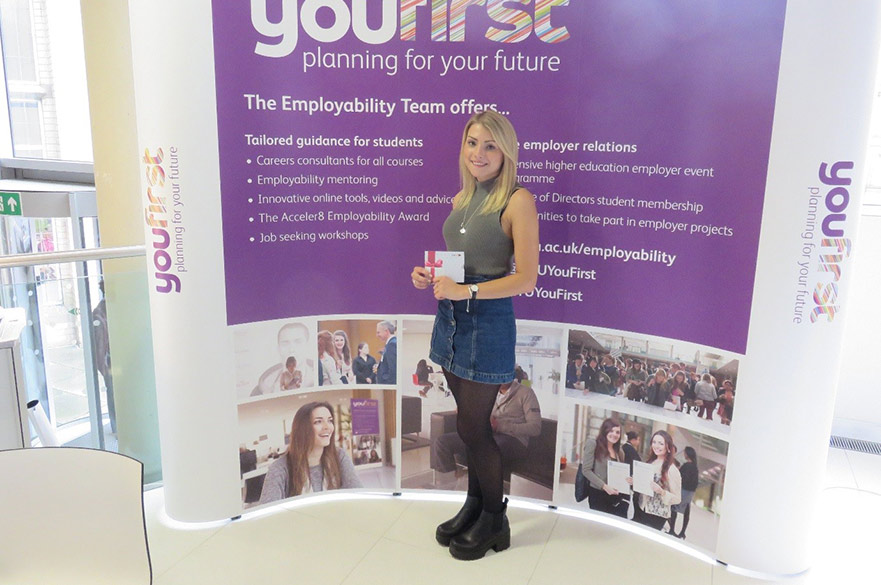 A "phenomenal contribution" saw Kate Oldfield stand out among more than 120 nominations for the award.

Each year, NTU asks employers of students out on placement if they would like to nominate their student for the NTU Outstanding Placement Student Award. From over 120 nominations this year, BA (Hons) Furniture and Product Design student Kate Oldfield was selected as a winner.

Kate was nominated by her employer, bespoke furniture design company Wawa, after having made what was described as a "phenomenal contribution" to the business.

Wawa owner, Richard Ward, told NTU how Kate had become an integral part of the team, and her mature and thoughtful opinions on all aspects of the business were sought and incorporated. Kate's outstanding technical and design skills, enthusiasm and great communication and customer service transformed sales. Richard described Kate as "a young woman who will go far", and has no hesitation in offering Kate a permanent position when she graduates.

Wawa had not worked with NTU prior to Kate's placement, as she had used her initiative to source the placement herself, but they were so impressed with Kate's performance, they would like to recruit another NTU placement student again this year.

On the placement, Kate learned how to manage her time effectively in a fast paced work environment. She also gained a great insight into working for a small business, where she had a lot of responsibility. This gave Kate confidence in her own ability and made her feel like a true professional. Kate told us: "I never thought I'd go into this particular aspect of design, but now that I've learned so much about it, I would consider going into this as a career. It has also influenced my final piece, which is an upholstered chair."

After nominations were received, an Employability Team panel shortlisted and selected the winner against a criteria. Kate's prize was a £100 Victoria Centre gift card. Kate was also nominated by NTU and Wawa to attend the National Placement Awards.