Scientists are using drones to better understand environmental changes to Arctic glaciers – by using them to map and quantify ice loss within the landscape over time. 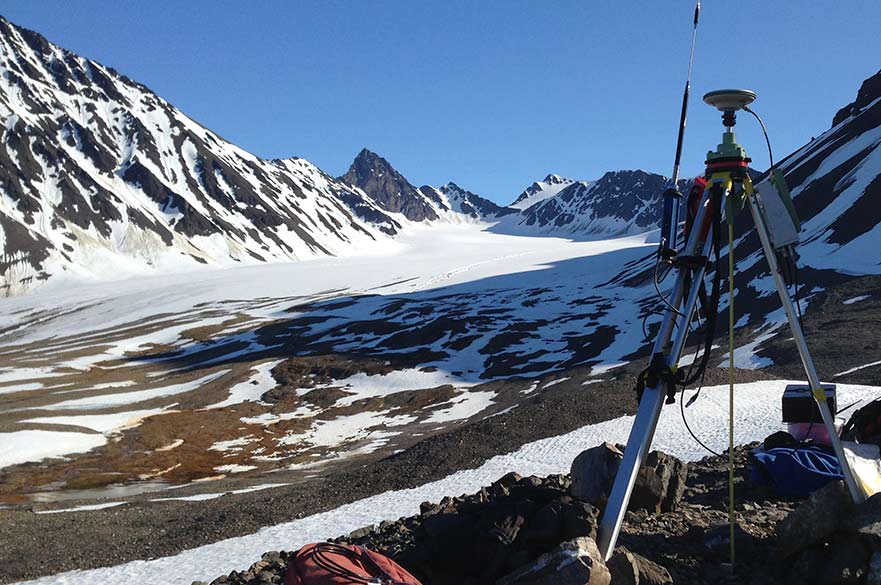 This technique is also applicable to a range of other environments, such as landslides and rivers.

Scientists are using drones to better understand environmental changes to Arctic glaciers – by using them to map and quantify ice loss within the landscape over time.

A team, led by Nottingham Trent University, has been collecting aerial imagery to quantify ice loss from a 125 year old section of buried glacier ice – or ice-cored moraine – in Svalbard, a Norwegian archipelago in the Arctic Ocean.

Ice-cored moraines are preserved in front of glaciers, and – despite them melting away as the climate warms – can still provide an insight into the character of the glacier when it was much larger.

The scientists, who studied a glacier named Austre Lovénbreen, knew that buried ice existed there after earlier identifying it using ground-penetrating radar.

Photogrammetry, a method of deriving measurements from photographs, was used to create the models, enabling the scientists to measure change and ice loss of the melting moraine over an 11-year period.

Despite expecting the ice-cored moraine to exhibit signs of rapid change, the scientists found that it appeared more stable than previously thought.

“The changes we have observed are quite low, so the ice may have the potential to be preserved under a thickening blanket of debris,” said Toby Tonkin, a researcher in the University’s School of Animal, Rural and Environmental Sciences.

He said: “A range of environmental factors are also likely to be important, including the topographic setting and micro-climate. There is, however, still much to understand about the dynamics of buried ice and permafrost in the Arctic in relation to climate change.”

Nottingham Trent University scientists Dr Nick Midgley said: “This work highlights how new technologies can aid geoscientific investigations, and allow us to better quantify and understand changes in the environment. This technique is also applicable to a range of other environments, such as landslides and rivers.”

The drone flights, which each lasted about 15 minutes, were operated near to the glacier margin at a height of about 100m above ground level.