The amount raised through Nottingham Trent University’s annual 1in2 Day has more than tripled this year to £7,500 – with funds still coming in. 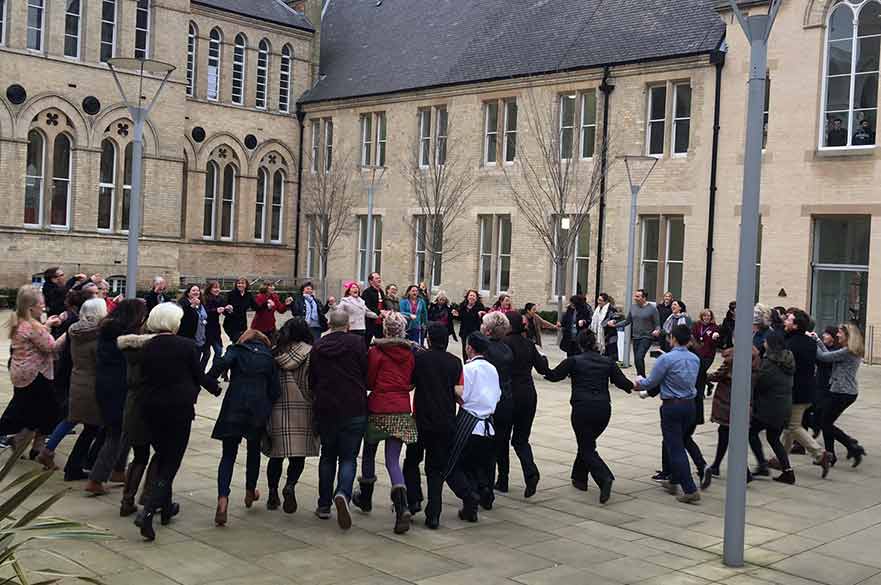 The amount raised through Nottingham Trent University's annual 1in2 Day has more than tripled this year to £7,500 – with funds still coming in.

The initiative, so named due to research which shows that one in two people will be diagnosed with cancer at some point in their lives, aims to raise money for the university’s John van Geest Cancer Research Centre.

In addition to the hundreds of staff and students who raised funds, a number of Nottinghamshire businesses and organisations also got behind the campaign, including Alea Casino, Nottingham City Transport, Scientific Laboratory Supplies, Integra Communications, John A Stephens and Potter Clarkson LLP.

One of the most popular methods of fundraising came from cake bake sales – which resulted in almost half of the amount raised so far.  Other activities included a giant Hokey Cokey, boxing for fitness, climbing the equivalent height of Ben Nevis on a climbing wall and cycling the equivalent distance of Land's End to John O’Groats on an exercise bike.

Stephen Knott, Alumni and Community Giving Officer, said: "We had a great day! It was amazing to see so many people banding together wherever they happened to be to make a difference, whether this was within the university or working in one of the businesses who chose to support our work.

"As the university supports the core costs of the centre, one hundred percent of the donations we have received from 1in2 Day will be put to work in the laboratory to develop lifesaving treatments for cancer, so thank you!"