A charity, created with the help of researchers at Nottingham Trent University, has won a Guardian University Award. 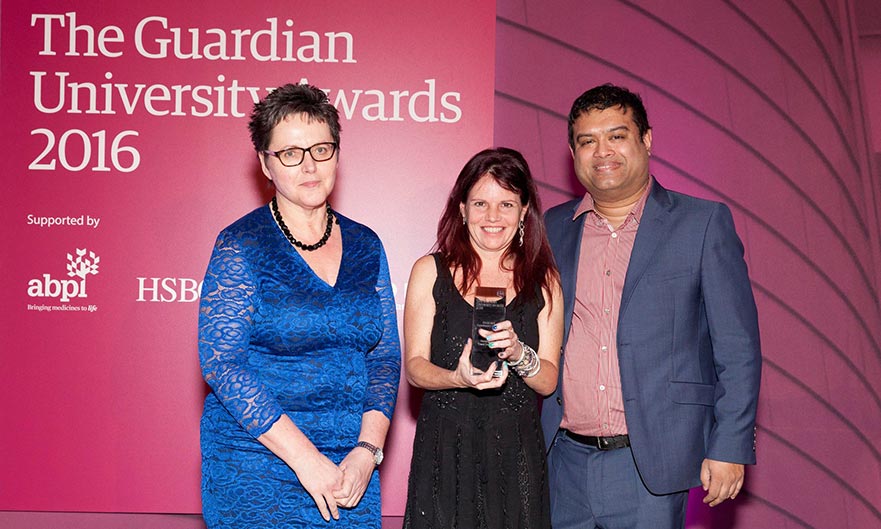 A charity, created with the help of researchers at Nottingham Trent University, has won a Guardian University Award.

The Safer Living Foundation (SLF) won the Social and Community Impact award – one of the most competitive categories in last night's (March 16) ceremony in London.

In partnership with HMP Whatton, the Safer Living Foundation works with sexual offenders – starting prior to their release from prison – in order to support their rehabilitation, successfully reintegrate them into society, and prevent future offending.

The Social and Community Impact award recognises an initiative that has benefited significant numbers of people in the local community, at a national level, or globally.

Professor Belinda Winder, Head of the University's Sexual Offences, Crime and Misconduct Research Unit and co-founder of the charity, said: "We are incredibly proud and pleased to win. When we started the SLF charity two years ago, we did it simply with a 'let's just do this' mindset.

"We had a wealth of experience and knowledge between ourselves and Whatton prison, and we wanted to make a difference running projects that prevented further victims of sexual crime. That we are managing to do this makes us extremely proud and that The Guardian recognises and applauds our efforts is thrilling."

Thought to be the first charity of its kind, it has received international acclaim for its work on preventing further victims. It is a collaboration between experts in the University's Sexual Offences, Crime and Misconduct Research Unit, HMP Whatton, the National Probation Trust (East Midlands), Nottingham Police, and Circles UK. Several of the University's staff sit on the trustee board.

The Guardian University Awards honour excellence in everything from teaching practice to beautiful buildings, and offer universities a seal of approval for their most outstanding work.

Lynn Saunders, Chair and co-founder of the Safer Living Foundation, said: "The University has been very supportive of our work. It has helped us to make a difference in the local community, in our aim to reduce reoffending and therefore to protect the public. I am delighted that the University has been recognised for its social and community impact. It is well deserved."

Vice-Chancellor Professor Edward Peck said: "The Safer Living Foundation is a great example of the positive impact on society that can emerge when universities engage actively with civic partners; in its combination of research and action, it represents Nottingham Trent at its very best."