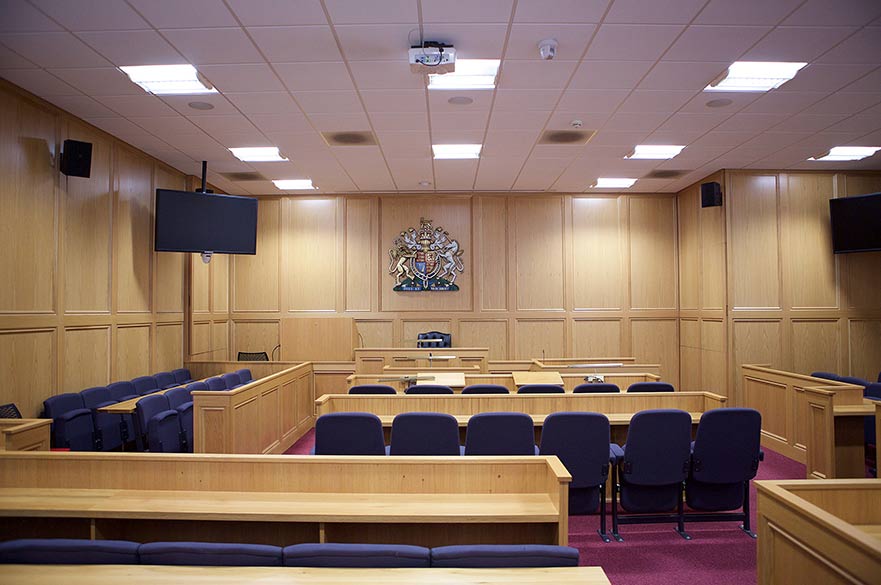 Team NTU won a comprehensive victory against the University of Lincoln in the second round of the mock trial, acting as the Prosecution for a case that involved two defendants charged with robbery, judged by Michael Pert QC, formerly resident judge at Leicester Crown Court.

Two pre-trial applications were made, one to adduce the bad character of one of the defendants and the other to allow a witness's evidence to be adduced as hearsay. The trial followed the applications, where the participants examined and cross-examined the defendants, the victim and witnesses.

Whether we are lucky enough to proceed to the finals weekend in the summer, we thoroughly enjoyed the experience and have gained a lot from it.

The Blackstone’s competition is judged by a points-based system. To advance into the finals weekend, NTU must rank highly amongst competing universities across the competition. Alice Radford and Sophie Price lost in the first round of the competition (Thursday 25 February 2016) by eight points, but won in the second round by 24 points, therefore scoring 16 points overall. They will find out whether this score is high enough to advance to the finals weekend on Monday 9 May 2016.

Alice Radford had the following commentary on the event:

"I would really recommend this competition to other students! It really is a once in a lifetime opportunity, as I am not aware of any other trial competitions like this for undergraduates, particularly that are so well thought out and organised."