More than 100 business leaders and city representatives recently joined Nottingham Business School and the Nottingham Post to debate how to retain Nottingham’s young talent at the Great Nottingham Debate 2016. 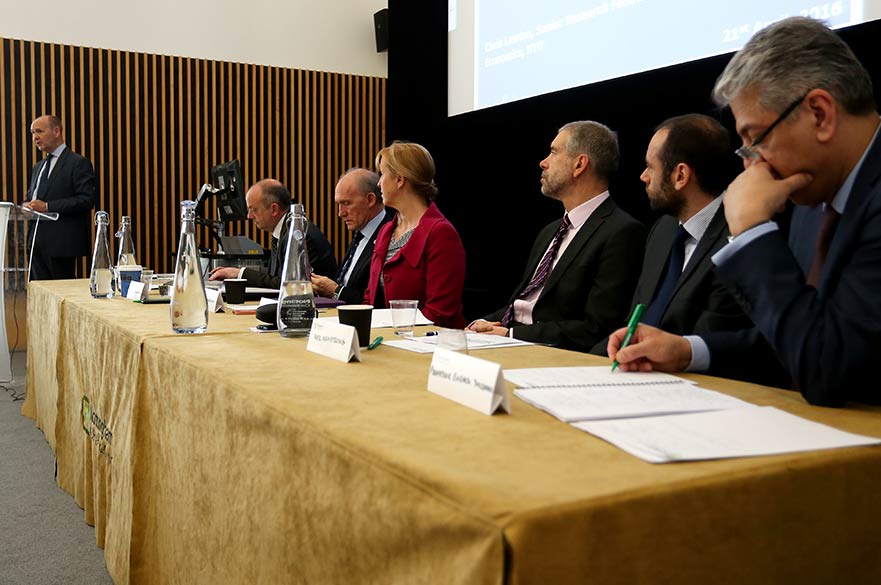 The research revealed that it's the perception of Nottingham as a place for young professionals to live and work, rather than the actual offering and demand for highly-skilled workers, which presents a challenge.

Data presented in the report suggested that students already from the local area will remain after graduation, but many others – particularly those from London and the South East, of whom both universities recruit a high number – return to their home area after graduation.

Feedback from student focus groups showed that those who undertook work placements and became involved in civic life were more likely to speak positively of Nottingham's wider offering, such as good transport links, nightlife, retail and sport, than students who lived in a student bubble and witnessed little or no evidence of a ‘young professional’ community or lifestyle in Nottingham.

Too many students who already live here just can't imagine it as a city where they could start careers as young professionals.

The research also found that Small and Medium-sized Enterprises (SMEs) struggled to compete with large organisations when recruiting graduates, suggesting that more could be done to market the benefits of joining an SME to students.

An additional issue was that of housing, with a perceived surplus of student accommodation but limited affordable housing for young professionals.

Report author, Chris Lawton, said: "The main challenge for retention is one of perception rather than any particular weakness in Nottingham’s offer. The city has a diverse range of sectors and businesses of all sizes which are looking for skilled young people and graduates, but the information does not seem to be reaching a large proportion of students."

Nottingham Post editor Mike Sassi, who hosted the event, added: "There's a clear message that in the long-term we need to raise the aspirations of local youngsters. Students at other universities are many times more likely to make their university city their home than here. Too many students who already live here just can't imagine it as a city where they could start careers as young professionals. They don't know about the opportunities that exist on their doorstep."

Nottingham Trent University Vice-Chancellor, Professor Edward Peck, said: “We recruit students from all over the world and it is vital that we retain as much of this talent as possible for the benefit of the city’s economy. In conjunction with other agencies we are already working to improve rates through schemes such as Grads4Nottingham. This research and the ideas generated at the event have enhanced the agenda for both universities and our civic and business partners.

“An important part of our strategy is focused on work placements which are identified in the research as a successful way to engage students in the life of the city outside  of university. By 2018 every one of our students will undertake an assessed placement as part of their course, giving them more opportunities to experience life as a young professional Nottingham.”

We recruit students from all over the world and it is vital that we retain as much of this talent as possible for the benefit of the city’s economy.

Many at the Great Nottingham Debate agreed that city stakeholders must join together to market a coherent message to young people and graduates about what the city offers. Opportunities to better use alumni as ambassadors and target graduates who may wish to relocate from London back to Nottingham later in their career were also discussed.

Professor Baback Yazdani, dean of Nottingham Business School, added: "We want our graduates to aim high and join organisations locally, nationally and internationally. Hence public and private enterprises in the city work together with the universities to create high quality jobs that graduate are naturally attracted to. We also need to collaboratively market the great many graduate opportunities that already exist in Nottingham to our graduates."

Read the full report below.