Students are recognised for their sporting excellence

7 May 2016 was a date on which NTU athletes could hang up their boots for the night and celebrate the end of their season in style. 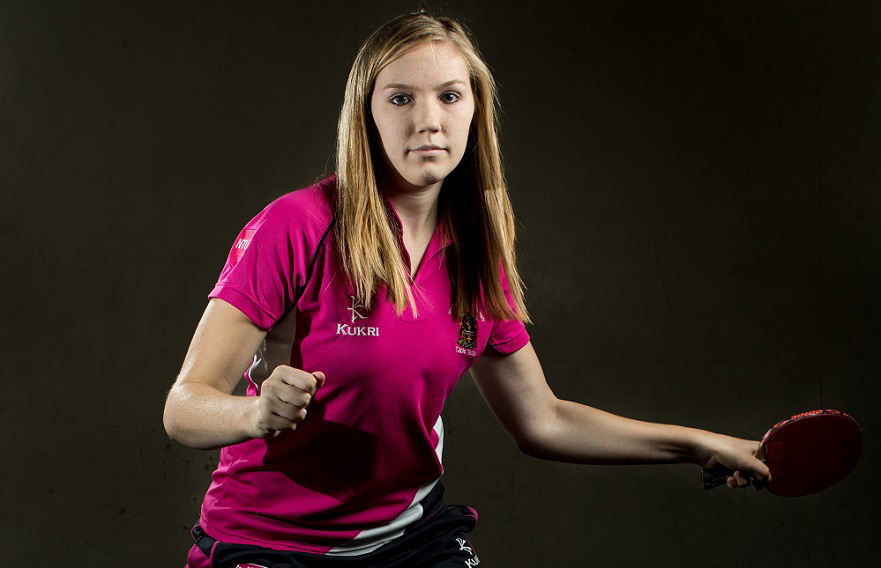 7 May 2016 was a date on which NTU athletes could hang up their boots for the night and celebrate the end of their season in style. Almost 500 students made their way to The Nottingham Belfry Hotel for the annual sporting excellence ball, hosted by Nottingham Trent Students' Union, for a night of awards, dinner and dancing.

Presenting the awards was this year’s VP Sport, Matt Nicholson. With a number of awards up for grabs, everyone took their seats in anticipation of the announcements.

Twelve awards were presented in total, with numerous clubs and individuals receiving recognition for their hard work, dedication, and performances throughout the season.

Director of Sport James Hayter expressed his pride in the student’s achievements: “I can’t help but be inspired by the commitment and hard work that our students put into playing their sports and running their sports clubs – they are role models for all students at NTU. All those who made the shortlist for this year’s sports awards deserve great recognition and congratulation for their efforts. The winners this year were truly outstanding.”

First up was the Sports Development Officer awards, where each SDO awarded a trophy to its club of the year. Equestrian were first to step up to the podium, receiving the Outdoor SDO Award for their work in introducing riding for the disabled, as well as putting in major improvements for the development levels of its riders.

Lacrosse were next up, having earned the Performance SDO Award for the promotion for the Women’s first team, and the Men’s first team avoiding relegation in their first year in the Premier League.

Dance were next, securing the Participation SDO Award after another successful year in providing something for all abilities, which this year included competitions for levels below advanced.

The Most Improved Club Award went to Karate, who have doubled their number of members in under a year while bringing home a wealth of BUCS medals, including Gold in Women’s Kumite.

The awards went on to congratulate clubs and individuals for their efforts outside of sport, with the Cricket team taking home the Fundraising and Community Engagement Award, Pole Dancing winning the Rosie Carter Award, and Thai boxer Aaron Mehta-Hill lifting the silverware for the Veeder and Bradley Contribution to Sport Award.

The most prestigious award of the evening, Sportsperson of the Year, went to Table Tennis Scholar Evie Collier, for her hugely successful year. Evie won 18 out of 20 of her league table tennis matches, and as part of the women's team was runner-up in the BUCS championship cup. She also travelled to South Korea over the summer to represent Great Britain as part of The World University Games. Evie is currently awaiting results, in the hope of continuing her education at NTU at Masters level.

After competing at the International Cheerleading Coalition and being crowned National Champions for the third consecutive year, Trent Tigers took home the Performance of the Year Award.

Following them closely to the stage was NTU Futsal, for the Club of the Year award. As one of the fastest-growing sports at NTU, Futsal has gone from just two teams to four, and NTU currently sits at the top of the BUCS table for Futsal in the UK. The team continues to go from strength to strength, and we look forward to next year’s BUCS campaign.

The final award of the night was for the Committee of the Year. Each of the 60 sports clubs at NTU is self-run by students who are elected to take on responsibilities such as finance, social activities, sponsorship, and presidency. The hours put in by each individual are outstanding, with many of the clubs owing their success to these individuals. With tough competition, Volleyball were awarded the title after a prosperous year. This year’s committee ensured regular meetings, informative social media and marketing, and maintained a strong relationship with NTU Sport and their national governing body. Their hard work and commitment has been a credit to both the University and their sport.

NTU would like to congratulate each club and individual that has been involved in sport during what is likely to be the most successful year yet.

Students are recognised for their sporting excellence