Long dry spells can have a dramatic effect on the survival of aquatic invertebrates in the UK’s temporary streams, even eliminating species that can usually cope with the loss of surface water. 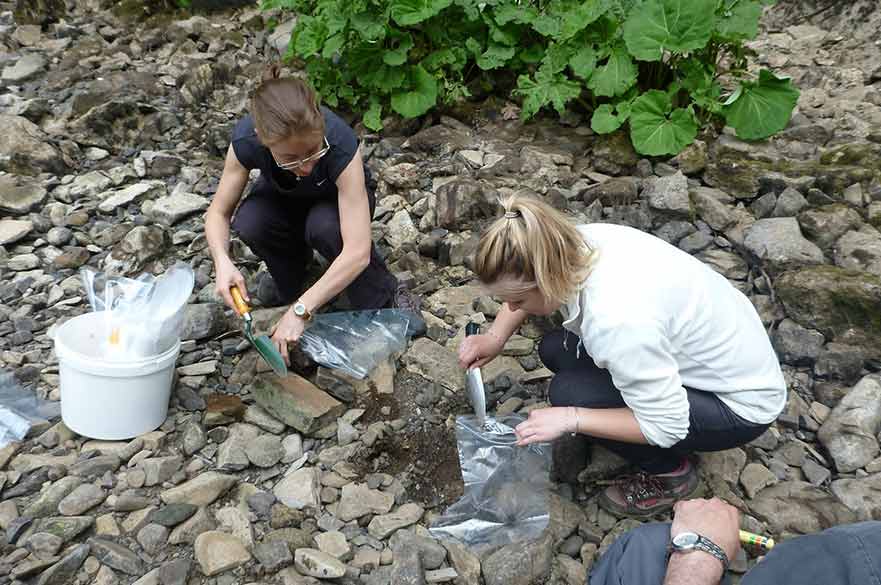 Long dry spells can have a dramatic effect on the survival of aquatic invertebrates in the UK's temporary streams, even eliminating species that can usually cope with the loss of surface water.

The research, published in the journal Freshwater Biology . sheds light on the potential effect of climate change-related increases in drought length upon aquatic invertebrates in these common but poorly researched streams, which regularly lose surface water during dry spells.

Previous work by the same research team showed that aquatic invertebrates can be resistant to drying. Many species survive in moist spaces between sediment particles, forming a 'seedbank' of eggs, juveniles and adults that emerge when flow returns. This seedbank helps invertebrate communities to recover quickly after flow returns to temporary streams.

In the context of ongoing climate change, however, little is known about how the length of drought-related dry phases – or repeated shifts between wet and dry states caused by unpredictable and extreme rainfall – can affect seedbank communities.

The latest study, a collaboration between Nottingham Trent University's School of Science and Technology and other UK researchers, aimed to investigate these factors.

As part of the work, the team collected and rehydrated sediment samples from 12 sites along the River Lathkill, Derbyshire, the upper reaches of which had experienced dry phases ranging from two to eight months. They also rehydrated further samples collected during dry phases interrupted by short periods of surface flow, to examine the effect of such wet-dry cycles upon survival of invertebrates in the seedbank.

An additional 21 taxa, including diving beetles, riffle beetles, snails and stonefly nymphs, were found at those sites which had witnessed shorter dry phases, it was found.

Changes in the number of taxa present between seasons were related to insect life cycles, indicating that some invertebrates in temporary streams can cope with unpredictable, repeated shifts between wet and dry conditions.

As well as providing important ecosystem services such as leaf litter breakdown, invertebrates are a major source of food for fish, such as brown trout, and birds, including dippers.

"Climate change-related increases in drought duration may reduce the ability of many invertebrates to persist in the seedbank, and therefore in temporary streams," said researcher Dr Rachel Stubbington, a freshwater ecologist at Nottingham Trent University.

She said: "Temporary streams are very common in temperate regions such as the UK and aquatic invertebrates' persistence in them is hugely important in maintaining their ecological health. Impacts on invertebrate communities may have consequences that extend throughout food webs and into terrestrial environments.

"Our work highlights the need to manage and restore stream ecosystems, which could involve planting trees on the riverbanks to shade the channel and promote moisture retention, which in turn enhances invertebrate persistence in 'dry' sediments."

The study also involved researchers at the University of Birmingham, University of Hull, Loughborough University, and environmental consultancy APEM Ltd.