Carolina wins an award at the Independent Handbag Designer Awards

Year One BA (Hons) Fashion Accessory Design exchange student Carolina Ecco has been announced as the winner in the “The Lug Life Best Student Made Handbag” category at the annual Independent Handbag Designer Awards. Year One BA (Hons) Fashion Accessory Design exchange student Carolina Ecco has been announced as the winner in the “The Lug Life Best Student Made Handbag” category at the annual Independent Handbag Designer Awards.

The Independent Handbag Designer Awards celebrated their tenth anniversary this year. They were launched by Handbag Designer 101 in the hope of discovering new talented designers who create bags that people will want and need.

On June 15, aspiring designers and over 400 supporters from around the globe gathered in Manhattan’s School of Visual Arts Theatre to hear who the winners of this years’ competition were. The results of all ten categories, which ranged from the Best Student Made Handbag to the Most Socially Responsible Handbag, were announced during a ceremony hosted by Handbag Designer 101 and its founder, Emily Blumenthal.

After being selected from over 1,500 submissions, Carolina was announced as the winner of the “The Lug Life Best Student Made Handbag” category. As the winner, Carolina will have the opportunity to design and sample a limited edition collection for Lug as well as the chance to go behind the scenes at QVC to assist Lug during an airing. Carolina also receive a year-long membership of the Accessories Council. 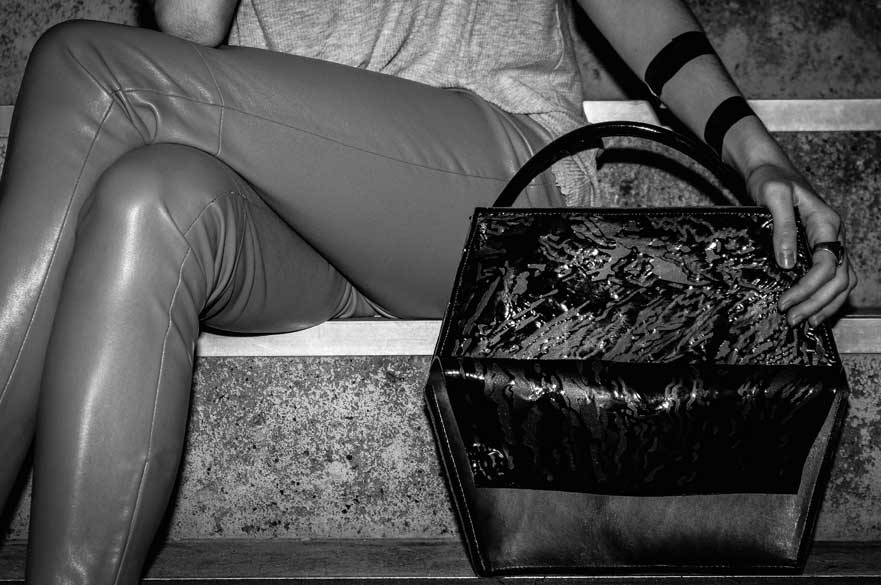 Carolina said: “There were so many talented young designers that I felt really honoured to be there and receive the award. It was great to have all the amazing feedback for my work and to meet incredible people from the industry. The most valuable lesson I have learnt is that you have got to go out there for yourself. You must take a risk, show your work, get feedback and then great things will happen.”

When asked about her inspiration, Carolina added: “I feel really inspired by art and architectural influences, but I believe it's important to have a great range of research sources. In this bag, for example, I have merged references such as African sculpture on flesh, contemporary art, and the construction/deconstruction concept. The idea was to include the wearer in this process and deal with the user's moment as an experience. Even though there are three designed ways to wear it, it's up to the consumer to try out the invisible magnets and see what will come out of it. Therefore, the product adapts to the consumer instead of becoming obsolete.”

Fashion Accessory Design course leader Lee Mattocks told us: “Carolina has worked extremely hard in Year One of the course, which led to the opportunity to compete at an international level in the Independent Handbag Designer Awards. The Independent Handbag Designer Awards have been pivotal in developing the career prospects of young designers, and this experience will undoubtedly support her future career aspirations and give her access to contacts in the New York fashion design industries.”

Carolina wins an award at the Independent Handbag Designer Awards