Injured student's bid to help others through back woes

A student who underwent two non-invasive operations after injuring his back has developed a piece of pioneering physiotherapy equipment to help others with rehabilitation. 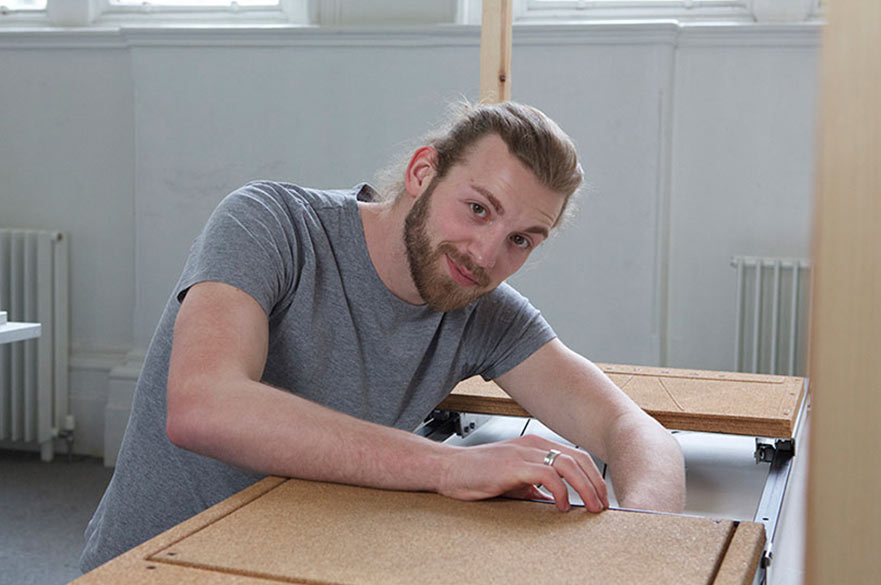 Harry Back with his prototype

A student who underwent two non-invasive operations after injuring his back has developed a piece of pioneering physiotherapy equipment to help others with rehabilitation.

Harry Back has mild disk degeneration in his lumbar stemming from an injury as a teenager and continuing to play rugby through his youth.

The 23-year-old – who underwent surgeries to burn away nerve endings so he could attempt a recovery– developed The Neutral Board to allow people to increase individual leg strength and stability.

"Backs are difficult to treat because it is often tricky diagnosing the root of the problem," said Harry, a BA Product Design student at Nottingham Trent University. 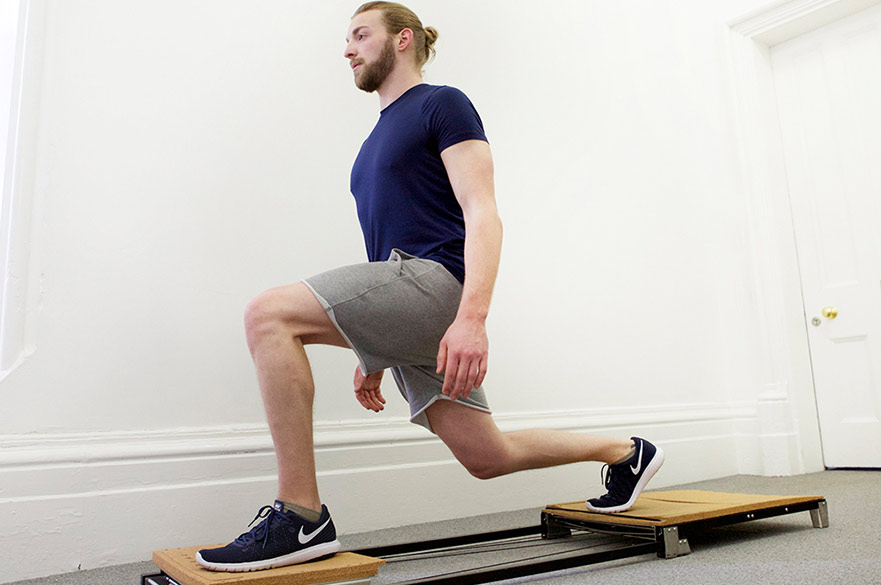 Harry using The Neutral Board

"After years of increasing pain episodes that at one stage turned chronic, and having varying degrees of success with standard treatment, I wanted to take this experience and explore different possibilities for recovery.

"Through exploring single leg therapy I realised it was something that could help a lot of people, though it isn't widely practiced and there's a lack of products to support controlled movements of this type.

"So I've tried to address what I see as a gap in the market and help people through their mid-to-end stage rehabilitation."

The Neural Board – which is designed to be used in a professional physiotherapy studio – allows people to perform controlled lunges and split squats while strengthening muscles in the legs and hips used for balance.

The product comprises two key platforms. One uses springs to provide a moderately unstable platform to improve balance by forcing the activation of rarely used leg muscles. The other platform, which is occupied by the opposing leg, slides forwards and back on a bungee cord to allow users to practice unilateral leg exercises.

"The aim is to increase stability in both legs and hips by exercising one leg at a time," says Harry, who used to play county level rugby for Surrey.

"Increasing the strength and balance in legs individually provides a platform that offers greater support to the back - a bit like building a house on a solid foundation.

"Single leg work can really increase a person’s recovery as well as to prevent injuries. Application benefits stretch to all sorts of sports and fitness activities.

"I have worked quite closely with professionals including physiotherapists, Pilates instructors and personal trainers on developing The Neutral Board, and the feedback I've received has been very positive."

Harry's design went on public show recently for Nottingham Trent University's 2016 Art & Design Degree Show. The show was one of the largest collections of graduating art and design talent in the UK, with more than 1,300 works on public display.

James Dale, principal lecturer in Product Design at Nottingham Trent University, said: "Harry has taken his personal and in depth understanding of back injuries to create a credible piece of equipment specifically for mid-to-end stage rehabilitation.

"His design has the potential to fill an apparent void in the market and by doing so may improve the lives of other people who have also suffered a serious back injury."

Injured student's bid to help others through back woes