Nottingham Trent University is collaborating on an interdisciplinary animal-computer interaction research project which could help us understand what animals are thinking and feeling. 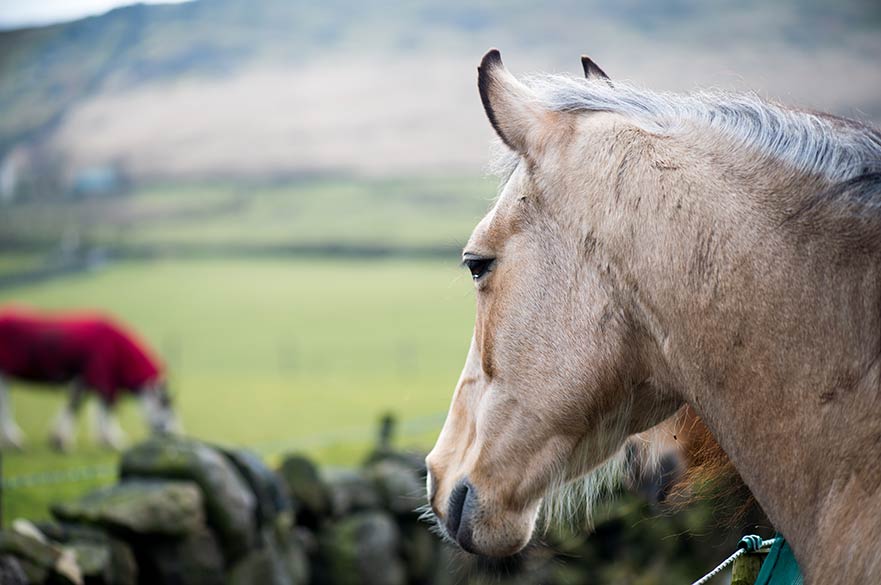 This project has the potential to speed up the process of behavioural analysis and increase the objectivity and accuracy of recording behaviour.

Nottingham Trent University is collaborating on an interdisciplinary animal-computer interaction research project which could help us understand what animals are thinking and feeling.

Dr Steve North, a research fellow in the Mixed Reality Laboratory (MRL) at The University of Nottingham, is developing a Horse Automated Behaviour Identification Tool (HABIT) – new animal-computer interaction software. The aim is to identify horse behaviour from unconstrained (amateur) video so we humans can interpret those reactions and understand why they are happening.

The research is being carried out in collaboration with Dr Mandy Roshier, an expert in anatomy and behaviour at the University of Nottingham's School of Veterinary Medicine and Science, Dr Carol Hall, an expert in equitation science at Nottingham Trent University and Dr Clara Mancini, a senior lecturer in computer interaction design at the Open University.

By bringing together experts in animal computer interaction, equitation science, ethology, animal behaviour and biomedical engineering, the aim of HABIT is to develop a software programme that will automatically identify the behaviour horses are exhibiting and tell us whether the horse is stressed, sick or suffering.

It could be used on farms, at home on our own animals, in zoos and in veterinary practices.

Dr North received funding from the MRL in the School of Computer Science for an Engineering and Physical Sciences Research Council (EPSRC) exploratory project to develop his ideas and bring together an interdisciplinary team of experts.

He said: "Horses and all nonhuman animals are entitled to interaction technologies that enrich rather than exploit. Anthropocentrism limits our understanding of human interaction in a multispecies world and currently there isn't any software that can reliably analyse video footage and log what behaviours it sees and when. We hope HABIT will also be able to assess how animals react to new surroundings."

Dr Mancini, who heads the Animal Computer Interaction Laboratory at the Open University, said: "We are coming to a point where technology is so widespread in society that animals are becoming exposed to it and interacting with it. However, we are still in the very early stages of developing technology that can interact with them in a user-centered way."

Dr North's recent paper - 'Do androids dream of electric steeds? The allure of horse-computer interaction' – was published in the academic journal Interactions in March this year. A further article is due to be published in Interactions this month.

Dr Hall and Dr Roshier have just published an article which considers the challenges involved in measuring and interpreting animal behaviour. 'Getting the Measure of Behaviour – is seeing believing?' was written for a special section on ACI in the July-August edition of Interactions.

Dr Hall is based at Nottingham Trent University's School of Animal, Rural and Environmental Sciences at the Brackenhurst campus. Her research focuses on the behaviour and welfare of horses, in particular ridden horses. She is a member of the International Society for Equitation Science, a director on the board of the National Equine Welfare Council, and is a qualified riding instructor (British Horse Society Intermediate Instructor).

She said: "This project has the potential to speed up the process of behavioural analysis and increase the objectivity and accuracy of recording behaviour. Currently, behavioural assessment is largely based on human judgement leading to issues of consistency and experimenter bias."

Dr Roshier said: "It is really important that our vet students can interpret what an animal is telling you through its body language. This can go some way to understanding its emotional state. Using equipment that can help us measure and understand behaviour would provide important insights into how we can communicate with animals more."