We caught up with Joel Moore who will be competing in Saturday's National Brass Band Championships at the Royal Albert Hall. 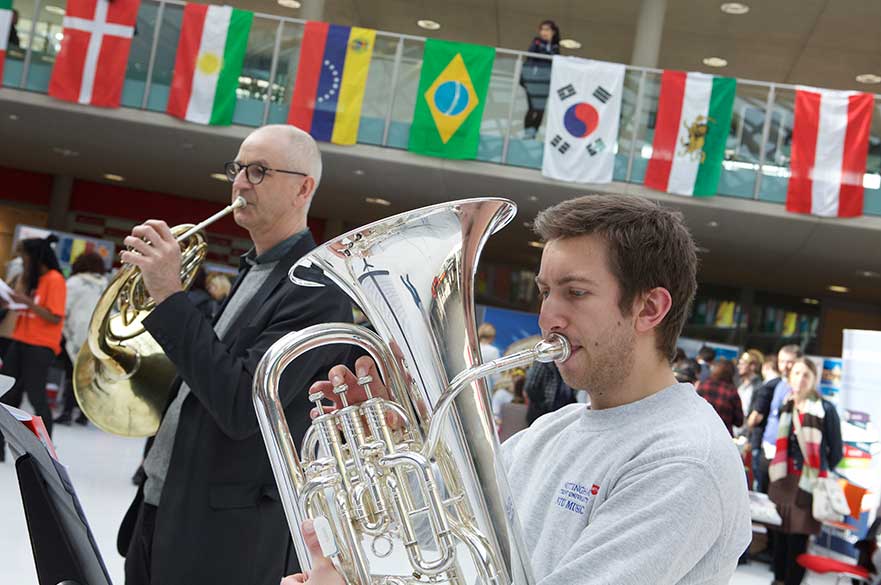 We caught up with Joel Moore who will be competing in Saturday's National Brass Band Championships at the Royal Albert Hall. Joel graduated with a BA in Accounting and Finance in July 2016 and currently works at NTU in the finance department. Joel was a NTU Music scholar and now plays in Thoresby Colliery Band.

How have you been preparing for Saturday's finals?

Rehearsals for the finals started in early July with the normal two rehearsals per week. These were with our resident conductor who takes us for concerts and prepares the test piece. The test piece was "de-constructed" and worked on in sections, and we also prepared concert music as well.

The two weeks before the contest is when the hours (and pressure) increase. Our professional conductor arrives to conduct the last two weeks of rehearsals and takes us for the contest. It's quite an intense time as we're rehearsing 10 days out of 14!

How long have you been involved in the brass banding world?

I've been playing in brass bands for seven years and was quite a late starter (most people start when they're young or in their early teens, while I was 16). I've played for four bands in that time, gradually working my way up the sections, (or leagues) and have finally achieved my aim of playing for a Championship Section band.

Could you tell us a bit about how the competition works?

Every brass band in the country has the opportunity to qualify for the Championship Section final which is held at the Royal Albert Hall each year. Qualifiers to the final are decided by regional contests, and Thoresby (my band) managed to qualify as runners up in the Midlands Championship Section, which meant we qualified to compete at the finals this year!

During the final, 20 of the best bands in the country will each play a set test piece one after the other in front of an audience and a panel of three adjudicators. The adjudicators can't see which band is playing to make sure there's no favouritism.

Normally people think that hearing the same piece played 20 times in one day must get boring. However, each performance is different and there's so much occasion and history that goes along with the contest itself, so it leads to a really exciting day.

What are your opinions about the piece that you're playing?

This year's test piece is Journey of the Lone Wolf by Simon Dobson. It is around 17 minutes long and describes the life of Bela Bartok, the Hungarian composer. While not using any of Bartok's music, the piece describes the composer's life as he travelled the world.

I love the piece! It's in a fairly modern style but still very listenable and is so exciting to play. It is technically very difficult, but it wouldn't be a "test" piece if not! It also has a very exposed baritone (my instrument in the band) solo, which brings added pressure for me, but I'm enjoying the challenge.

Playing in the Championship Section National Final has been one of my dreams since I started playing in bands and I feel very lucky and privileged to be taking part. I can't wait for Saturday!