On Tuesday 22 November, the NTU Music department welcomed one of the world’s most influential drummers, Ian Palmer to the university. 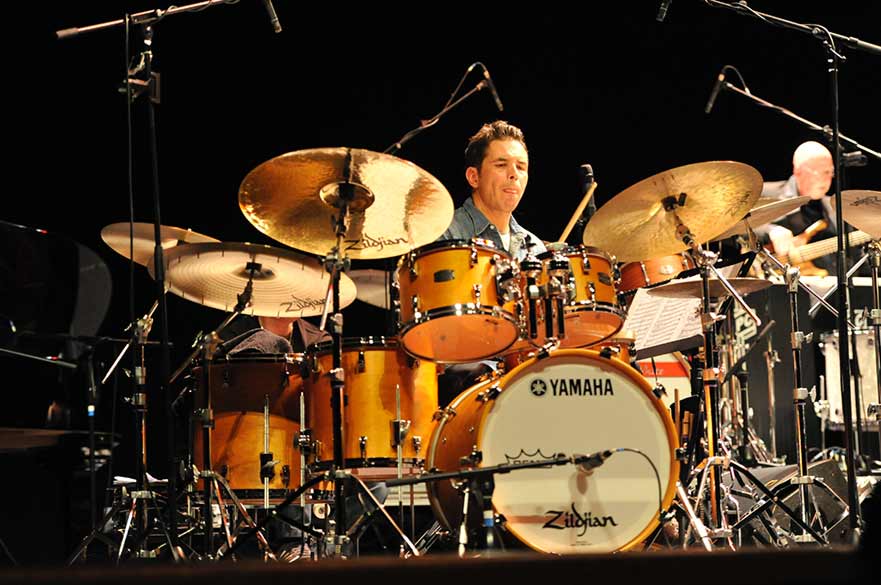 On Tuesday 22 November, the NTU Music department welcomed one of the world’s most influential drummers, Ian Palmer, to the university. Ian Palmer, led an afternoon workshop with drummers from within the university and then performed at the Students’ Union later in the evening.

Ian Palmer’s career has seen him perform regularly at Ronnie Scott’s with his own-led jazz quintet as well as perform with the City of Birmingham Symphony Orchestra under Sir Simon Rattle.

The evening event took the form of a drum clinic with a difference. Ian Palmer used backingtracks, his drum set and a presentation to cover many interesting areas such as the role of the drummer within music, the history of drumming and specific drumming techniques. The evening concluded with Ian Palmer’s performance of Rufus and Chaka Khan’s Ain’t Nobody which featured second-year vocalist, Ella Josey.

Harriet Kuglemann, a second year Psychology student, said “It was such a great experience to meet Ian Palmer. The workshop really broadened my mind to other styles of drumming and new techniques I can use to improve my playing”.