A group of Year Two students on the BA (Hons) Fashion Communication and Promotion course at Nottingham Trent University (NTU) are taking over the windows at a popular vintage shop in Nottingham City Centre this February. 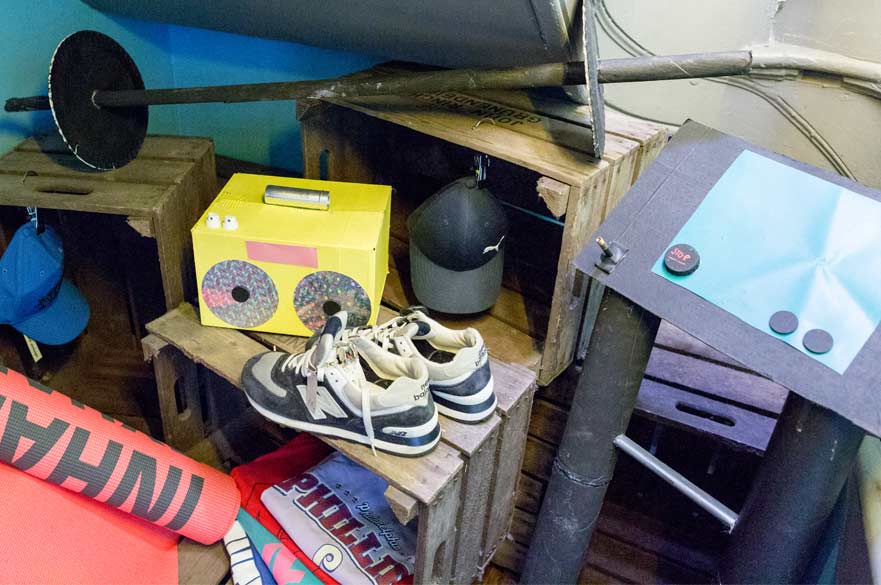 A group of Year Two students on the BA (Hons) Fashion Communication and Promotion course at Nottingham Trent University (NTU) are taking over the windows at a popular vintage shop in Nottingham City Centre this February.

The students were put into ten teams, and challenged to respond to a visual merchandising brief set by staff at COW. The students worked with Leeds-based creative art direction company Lord Whitney to produce a set of photographs and a film, which were then judged by the COW team, and a winning team were selected to realise and install their work in the store’s windows.

Student Charlotte Meachin, a member of the winning team, said: “We were given a household item and challenged by COW to think laterally around it, not literally, to create a window display for the shop. We did a workshop with Lord Whitney, which looked at prop making, art direction and photography. The object we were given was an iron, so we made a giant gym set!"

“We’re used to working to a brief; we do lots of things like that on our course. But it’s really fun to have a physical outcome, and the fact that the experience is real is so valuable.”

Lynne Bools – Roberts, Store Manager at COW and alumna of the Fashion Communication and Promotion course at NTU, said: “They’ve been really enthusiastic, and it’s refreshing to work with people who are keen to do well. They’re all really excited about putting this in their portfolios. It’s been fantastic, and as store manager I’d like to do another project with NTU students.”

“It’s making me want to go back and do the course again! It gave me such a vast range of skills. I learnt things that are so transferrable. There were so many opportunities, like doing live projects with brands; that was definitely one of the highlights.”

The winning team’s work can be seen in the windows of COW on Carlton Street until the end of March.