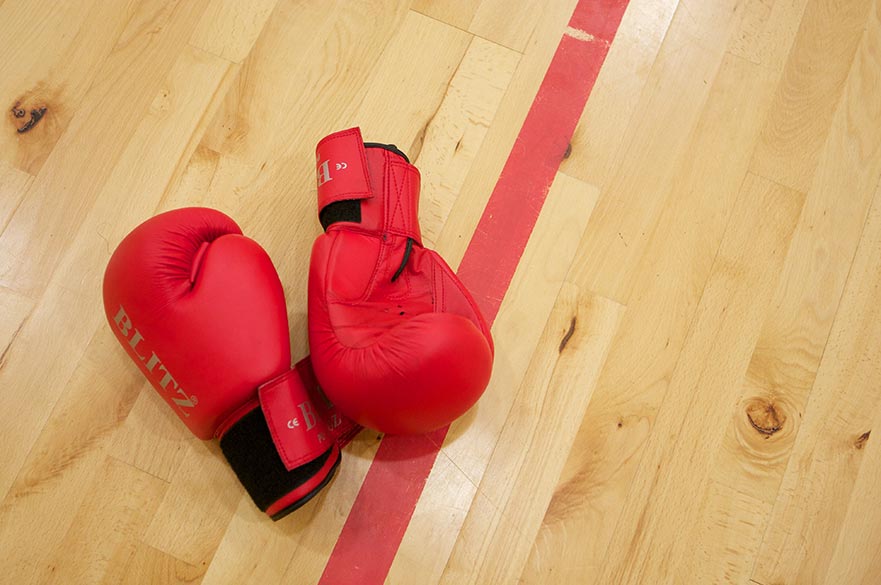 This weekend, NTU’s amateur boxing team travelled to Staffordshire University to compete in the prestigious BUCS Boxing Championships. This was a huge challenge for all, as the very talented, but relatively inexperienced squad, came up against some the best amateur boxers from UK Universities.

NTU Boxing scholar, Jess Lelliott was one of the students competing, and this was her first taste of a BUCS Championship in the finals of the woman’s -69KG division. Her powerful and well-timed punches lead to her securing an easy technical knock-out (TKO) victory over her opponents on both days, securing NTU's first and only gold medal.

Lelliott only took up boxing in 2015, and she had her first ever fight in the October. Since then she has been in a national final, won her first senior fight in New York, sparred with World Champion Alisha Ashley, and now won her first BUCS Championships.

Speaking after her victory, Lelliott said: "BUCS was one of the most thrilling weekends of my life because I knew I had worked hard but I was still super, super nervous. In both fights I tried to box cleverly, reading my opponent and countering their moves. It must have worked because I got a technical knock-out in both!

I'm so grateful to NTU for giving me this opportunity, as well as my coaches for making me believe in myself, and I hope this is the first of many BUCS wins for NTU."

Lelliott was joined at the championships by a group of strong boxers from NTU. First to compete was Said Jalal. Having only had three fights prior to the competition, he demonstrated huge courage as he faced a much larger, stronger, and more experienced fighter. Despite a commendable effort, he just lost out on a points decision.

Second to compete was Rob Lack, in a very well-matched fight with an opponent from Leeds Beckett University, where he showed a clinical display to win by a TKO in the third round. Unfortunately the semi-final was one step too far for Lack, who was unlucky to lose out on a very close points decision.

Third to compete was Dan “The Man” Warren. Again, despite only having a record of zero wins from two fights, he demonstrated huge determination to win, in fighting a much taller man. However, despite his best efforts he also lost on a close points decision.

Last to compete was NTU's most experienced boxer, Adi Ozigi. After a long wait, he went up against an extremely talented and vastly more experienced opponent from Newcastle. Despite landing some good shots, and demonstrating incredibly fast hand speed and movement, his opponent was able to secure the points victory.

All boxers who took part demonstrated immense courage and determination and can hold their heads high.

The team would like to say a special thanks to Lawrence Uttley for the organization, transport and funding, as well as club president Evgan Grabarchuk for the huge amount of advice, support and empathy he showed towards all competing. Another special thanks to the teams coach Jawid Kahlid, for giving up his weekend to coach the team.