NTU Women's Football just miss out against University of Nottingham

NTU needed a win to keep their title hopes alive, but they just missed out with a 1-1 draw. 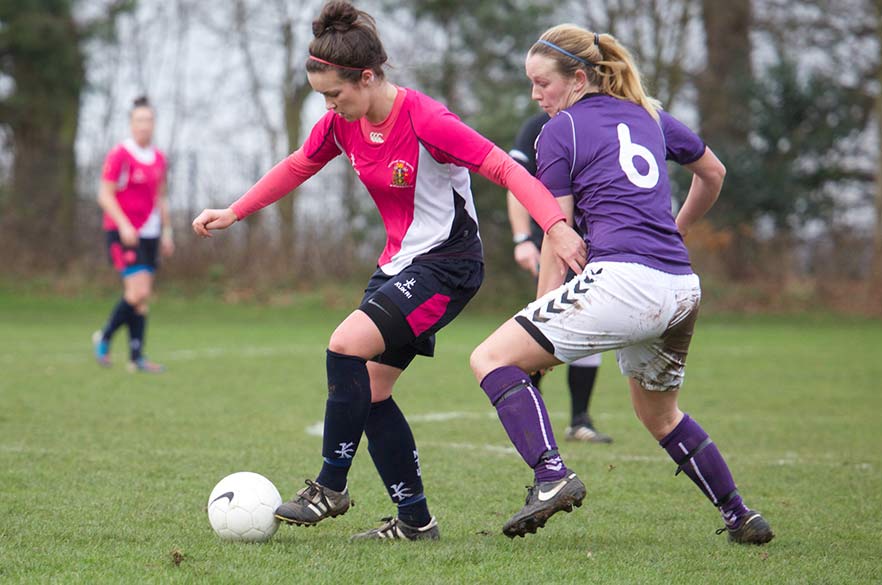 A must win game for Nottingham Trent to keep their title hopes alive, and both teams looked focussed before kick-off, so this was set to be a good one.

NTU got off to a flying start, creating numerous chances within the first five minutes. They dominated possession, with some great crosses into the box, and had some really good chances to score.

University of Nottingham picked up their game and started to enjoy spells of possession early on, but despite their efforts, it was NTU with the opening goal in the 15th minute. A long punt forward over the backline of the defence sent the ball towards goal, and Jess Wood used her pace to get in behind, round the keeper, and then see the ball into an open goal.

Some good ball play from both sides made for some end-to-end football, and a fantastic double save from the NTU keeper kept them in the lead. Another narrow miss from Wood meant the score stayed at 1-0.

Attacking football from Nottingham saw them create many chances, with another save keeping NTU in the game. Unfortunately all the attacking threat against NTU resulted in a goal, with a great back-post header from Katy Lippett evening things up in the 24th minute. Nottingham carried on dominating up until the half, with some great balls from Liz Ejupi, but the NTU backline kept them in the game.

The second half started with good pressure from NTU, but soon evened out, and with chances, and injuries for both sides, no one was able to convert. The game remained very even throughout the whole half, with minimal chances for each team, and it finished with a final score of 1-1.

NTU Women's Football just miss out against University of Nottingham