A garden portraying modern day quarrying has been inspired by students at Nottingham Trent University and is set to appear at the first RHS Chatsworth Flower Show. 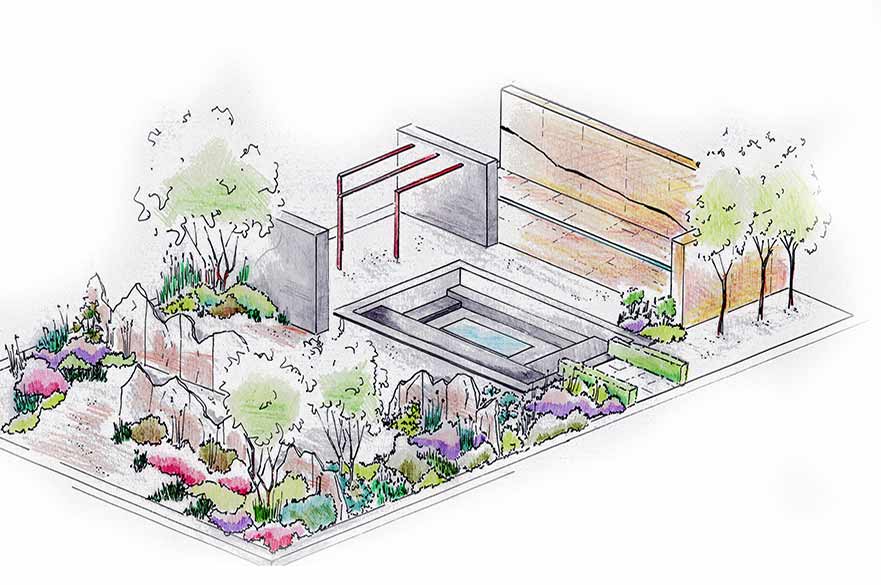 Students have inspired the design of the garden

A garden portraying modern day quarrying has been inspired by students at Nottingham Trent University and is set to appear at the first RHS Chatsworth Flower Show.

Four students at the university’s Brackenhurst Campus worked on designing a garden to showcase the landscape and wild habitats quarrying creates.

The ‘Quarry Garden’ will be shown and judged at the first RHS Chatsworth Flower Show between 7-11 June, 2017.

Nottingham Trent University were approached to work on the project by the Institute of Quarrying, which is celebrating its centenary year.

The horticulture foundation degree students, from the university’s School of Animal, Rural and Environmental Sciences, were given a brief for the project and created mood boards, drawings and 3D plans of their ideas.

Their plans were presented to a panel of judges and to award-winning garden designer Paul Hervey-Brookes, who then produced the final design for the garden.

Paul spent time with the students and spoke to them about their ideas and motivations for the designs.

To depict modern day quarrying, the garden features a rugged slate landscape and vertical long cut stone pieces, which form an outer boundary of the garden and have been quarried for the purpose of the project.

Colourful horticultural displays will show the value that quarrying adds to the landscape, including increased biodiversity among plants and wildlife.

In the centre, a concrete pit has been designed to show the connection between the natural and the built environments and to represent the use of minerals in everyday life.

Leonie Brown, a lecturer in horticulture, in the university’s School of Animal, Rural and Environmental Sciences, said she thought designing a show garden would be a great experience for the students.

She said: “Opportunities for students to be so involved in such a prestigious project is tremendously exciting. I'm sure the students involved will gain a great deal from the opportunity and it will add to their personal and professional experience.”

James Thorne, CEO for the Institute of Quarrying, said: “The ‘Quarry Garden’ is a visually appealing way for everyone to appreciate the value that the quarrying sector has on all of our lives. As the professional body for the industry, we support individuals as they build their careers so it has been a great honour to work closely with the future generation of the horticultural industry on this project.”

In the build-up to the RHS Chatsworth Flower Show, the second year students will visit suppliers and will learn how a show garden is put together from start to finish. They also hope to attend the show.