Fashion knitwear student Amy Carter has been named winner of the 2017 FAD Competition. 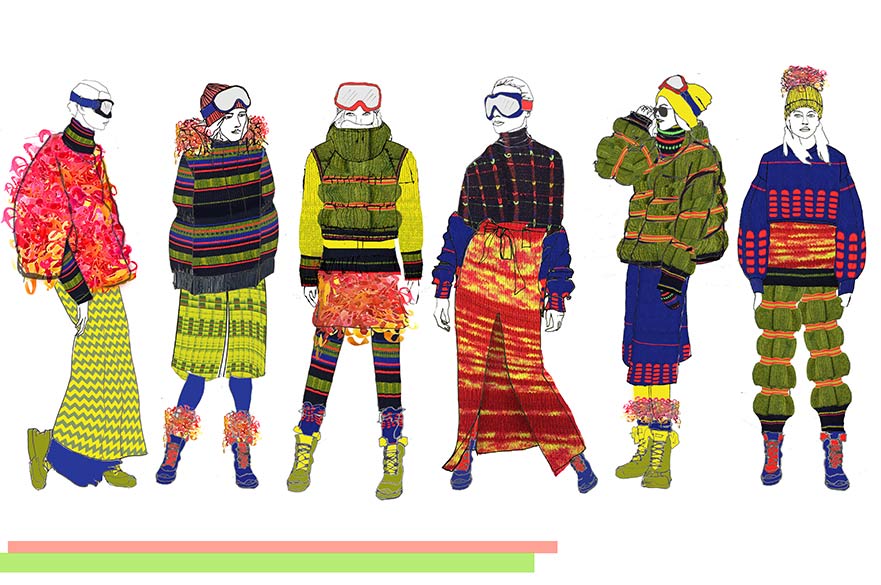 Amy Carter was recognised for her sporty collection of relaxed, interchangeable separates which were inspired by the mechanical sounds of knitwear machinery

Fashion knitwear student Amy Carter has been named winner of the 2017 FAD Competition.

Amy, 22, of the School of Art & Design, was recognised for her sporty collection of relaxed, interchangeable separates which were inspired by the mechanical sounds of knitwear machinery and incorporated the signature vibrant colours of awards collaborator Missoni.

Amy said: "It was amazing to win. Just to see my work on the catwalk at London Fashion Week is like winning, so winning overall is just amazing.

"I entered just thinking that I had nothing to lose. It was a really good brief, it was really inspiring, so why not? Just have a go. I never expected to win, ever.

"I’ve learnt so much from making my collection for FAD. In particular, time management, because my dissertation was due in at the same time."

Amy joined the jury on stage to be presented with £1,000 by FAD jury member Liz Griffiths, head of creative textile and design research at Missoni.

Talking about why the jury selected Amy as the winner, Liz Griffiths commented: "Amy's collection was complete knitwear collection. It was beautifully finished, she had a fantastic sense of colour and she had mixed stitches and different approaches to knitted fabrics together.

"It was very different, the way she mixed and put them together, but they worked. Amy's work was innovative, even though it was also very commercial and sellable, and we liked that. And also the sense of colour was not normal, it was a little bit different, and Angela Missoni loved it too."

Past FAD Competition finalists have gone on to achieve successful careers in the fashion industry, and include noted designer David Koma as well as design professionals at Hussein Chalayan, Burberry, Aquascutum, ASOS and All Saints.