Our BA (Hons) Animation students recently took a course study trip to The Cartoon Museum in London, to learn more about the comic industry and see some exciting original works. 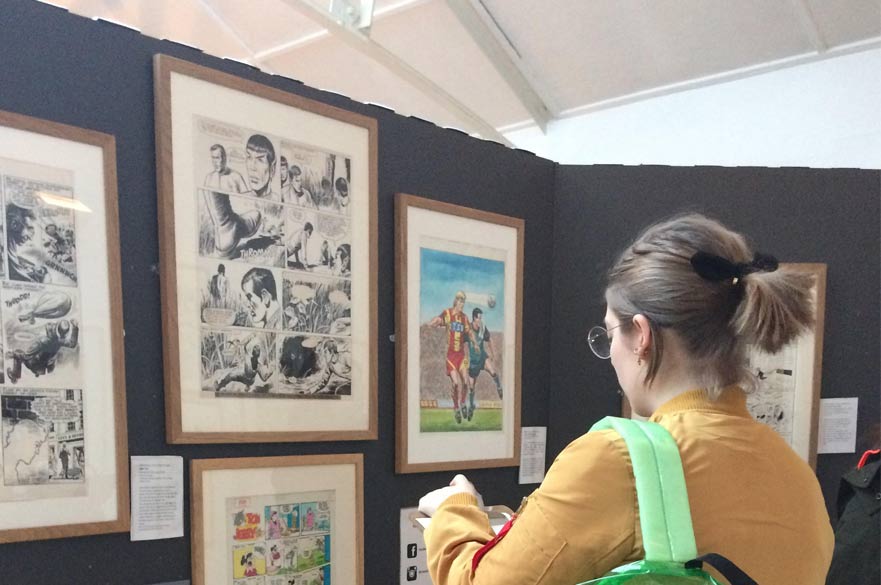 Our BA (Hons) Animation students recently took a course study trip to The Cartoon Museum in London, to learn more about the comic industry and see some exciting original works.

The museum started life as The Cartoon Art Trust, a group of cartoonists and comic collectors who since 1988 spent over a decade exhibiting British cartoon art in venues across the city, with the ultimate aim of establishing a permanent space. In 2006 the museum opened its doors to the public in its current location near The British Museum.

Students explored the museum’s growing collection of caricatures and comics across three galleries, which boasts works by Hogarth, the artist who lay the foundations for modern British political satire, alongside a number of Victorian cartoonists and many examples of modern and contemporary work. They also encountered works from the pioneers of British cartoon art, such as Dennis the Menace, and the last page of the influential comic V for Vendetta. In addition to the collection displays, the students had the chance to see Future Shock: 40 Years of 2000 AD, a display of eighty pages of original artwork from each decade of ‘the galaxy’s greatest comic’.

Student Lal Basnet said: “The museum is one of the hidden gems of London. We got to see some rare comics, for example ones that were used in the war to spread propaganda. It showed me just how much power a simple sketch can have. We also got to learn about how the comic industry works, such as the storyboard aspect of developing an idea.”

Another student, Lauren Steele, said: “It was really beneficial to me from a learning point of view. It showed us things we'll be able to do when we get jobs in the industry. Because we focus a lot on storytelling, it was really interesting to see different developed styles and how it adds to the story. I really liked going as a class and spending time together, too.”