Gloves embedded with tiny sensors are being developed by Nottingham Trent University to help protect construction workers from exposure to vibration. 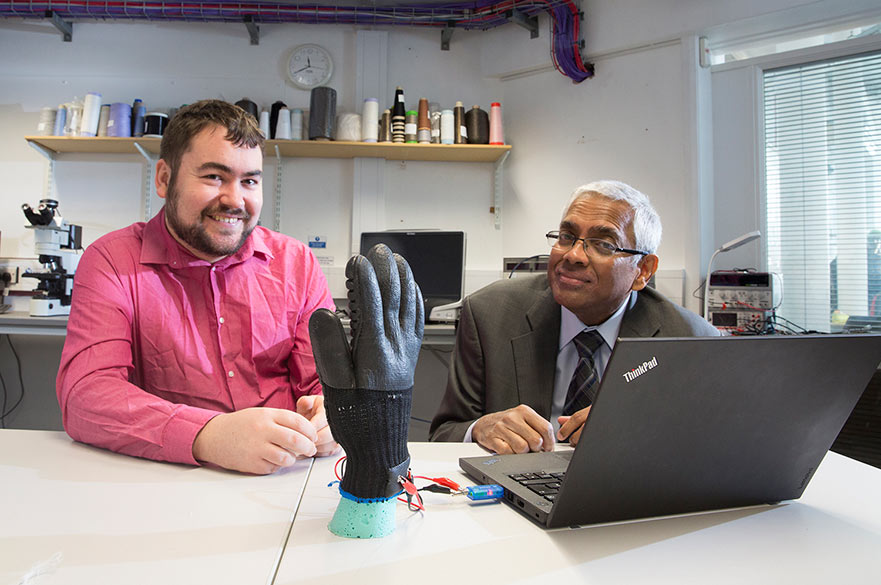 Gloves embedded with tiny sensors are being developed by Nottingham Trent University to help protect construction workers from exposure to vibration.

Led by Professor Tilak Dias, of the School of Art & Design, the technology aims to alert wearers to when they experience vibrations likely to cause conditions such as vibration white finger and carpal tunnel syndrome.

“Prolonged use of power tools can result in a variety of musculoskeletal, neurological and vascular disorders,” said Professor Tilak Dias, who leads the university’s Advanced Textiles Research Group.

“But by using smart textiles, it could be possible to detect with accuracy when a worker is exposed to damaging levels of vibrations and help prevent such conditions occurring in the first place.”

During the past decade more than 10,000 claims have been made for vibration white finger and carpal tunnel syndrome, according to the Health and Safety Executive (HSE).

Workers at risk are those who regularly use power tools such as concrete breakers, sanders, grinders, hammer drills, chainsaws, hedge trimmers, powered mowers and more.

The e-gloves being developed by Nottingham Trent University would appear like a normal pair of worker’s gloves to the naked eye and be washed and worn without any damage to the technology.

Sensors to be tested as part of the research include vibration sensors which are only two millimetres long and accelerometers. They will be encapsulated in micro pods before being embedded into the yarns, which are knitted into gloves.

When a dangerous level of exposure to vibrations is about to be experienced, a worker is alerted to stop work.

Dr Theodore Hughes-Riley, a research fellow at the university who is developing the technology, said: “By lowering the risk of exposure to dangerous levels of vibrations, we can help improve the lives of thousands of construction workers around the world by helping prevent them develop what can become permanent industrial diseases.”