Notts Varsity - UoN Women's Lacrosse are too strong for NTU

Women's Lacrosse came up against a very strong UoN side, but should be proud of their efforts in last night's Notts Varsity fixture. 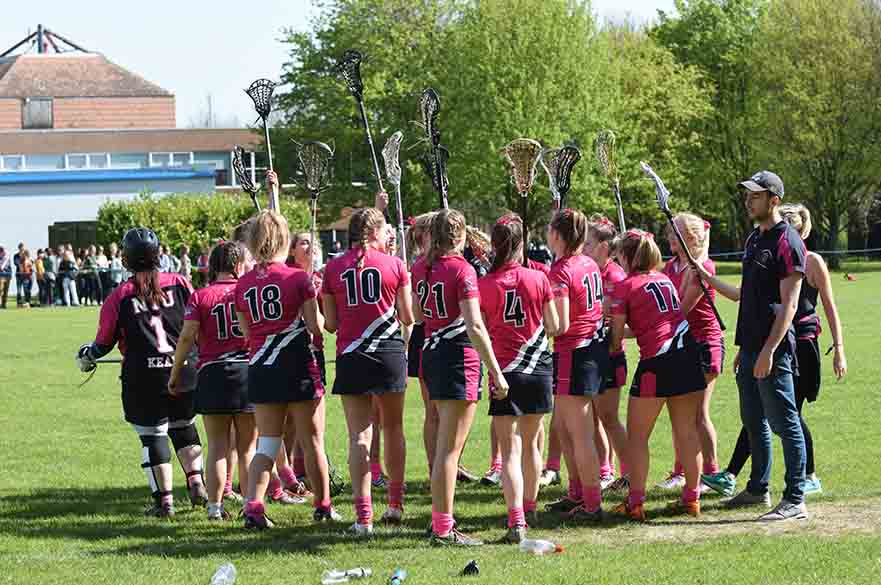 Tuesday 28 March – Women’s Lacrosse. FT: Nottingham Trent University 0 – 21 University of Nottingham
It was always going to be a tough ask for the Women’s Lacrosse team, who were coming up against a very strong UoN side. It was a brave performance considering UoN are currently in Prem North, but the girls showed heart to give 100% until the end.

NTU were welcomed onto the pitch by rapturous applause from the NTU fans, but UoN started quickly, showing their skill to finish the first quarter 9-0. The second quarter got underway soon after, and NTU started positively with a break through the middle, unlucky to not get on the scoresheet. Despite some great saves from the goal keeper, the first half ended 15-0 to UoN.

With the score as it stood at half-time, no-one would have begrudged the girls if their heads went down, but credit to the team, they showed great character to keep fighting. Some positive runs down the line almost led to some chances, but unfortunately they couldn’t get the goal. To only concede three goals in each of the last two quarters showed the improvement as the game went on, with the game finishing 21-0.

Women’s Lacrosse at NTU is a growing programme, which will undoubtedly improve over the coming years with the introduction of Head Coach Katie Hammer. The foundations have been set and if the rise of the men’s team is anything to go by, then we are excited about what is to come for Women’s Lacrosse.

Notts Varsity - UoN Women's Lacrosse are too strong for NTU