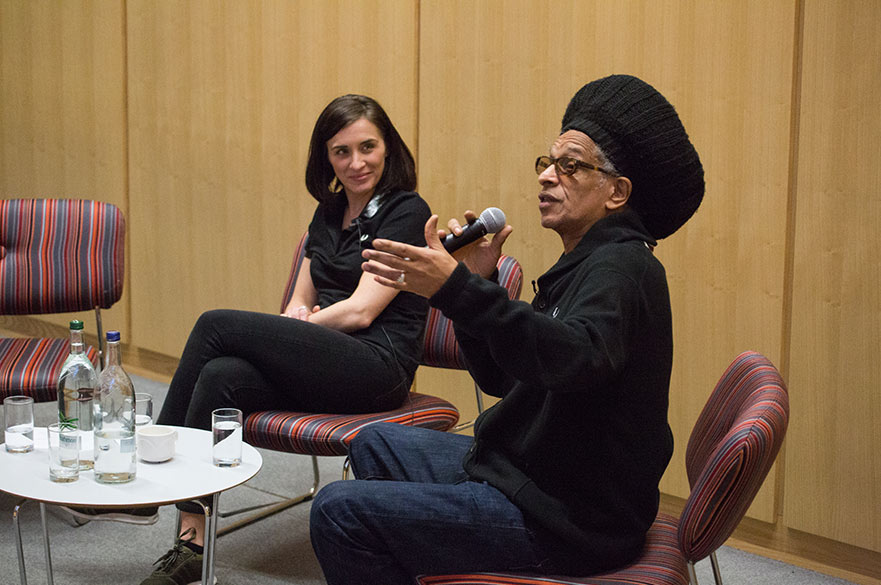 The discussion explored how subcultures influenced them in their formative years, with a particular focus on the connection between subcultures and individuality.

Don explored the skinhead movement, arguably Britain’s first multicultural movement, and how it occupied an important crossroad in British youth and style. He shed light on how the exchange of music and clothes amongst different groups of young people helped to break down barriers, and the empowering effect of such a cultural exchange.

Vicky spoke in depth about her involvement in Shane Meadow’s iconic work This Is England, and the significant impact it had on her as an actress and an individual. She discussed the making and evolution of her character Lol, and the faith she developed in herself when taking on subsequent roles.

The conversation was then opened up to the audience, with some challenging and thought-provoking questions being raised about identity and the place of subcultures in the digital age.

Don Letts is best known as a DJ, musician, and film director who as a teenager would hang out with Malcolm McLaren in his shop on the King’s Road. He is known for directing several of The Clash’s music videos and for co-founding the band Big Audio Dynamite in 1984, along with Clash guitarist Mick Jones, where he acted as the group’s sampler and videographer.

Vicky McClure is best known for her work in the films of Shane Meadows, particularly This is England for which she won a BAFTA for Best Actress in 2011. More recently she joined the cast of Line of Duty and starred in the BBC1 thriller The Replacement.