BA (Hons) Theatre Design students have recently worked on a heritage design project at The Workhouse in Southwell, Nottinghamshire. 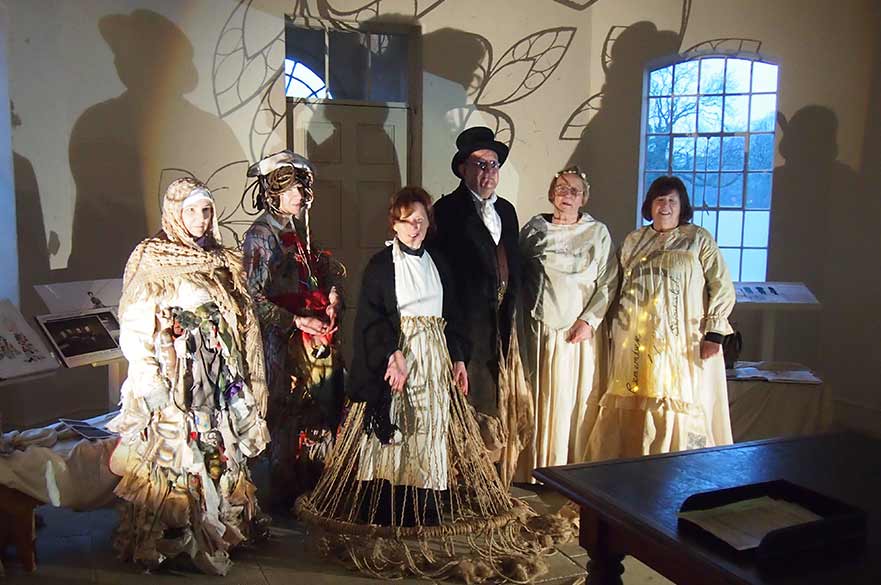 BA (Hons) Theatre Design students have recently worked on a heritage design project at The Workhouse in Southwell, Nottinghamshire. The project was one of a range of collaborative briefs the students could choose, as part of their final year studies.

The project titled Re-imagining The Workhouse, aimed to realise a performance that would be inspired by people and places, using community engagement with costumes and props.

There were six performances in total on the day, with volunteers who were involved from the start of the project during an open day in February. Students also talked through their ideas and artwork with the audience (sketchbooks, model figures) after the performances, allowing the audience to understand the thought process behind each performance.

Final year students Holly Hooker, Jess Boulton, Aisha Mckinson, Shelley Poole, Rachael Rolley and Dani Lemon-Thomas were all involved in the project and worked with the visitor experience and house teams at Southwell House over a three month period.

Final year Theatre Design student Shelley Poole said “It was a valuable experience working on the Heritage Design project as we all got to work within the local community and interact with National Trust volunteers at Southwell Workhouse. The project allowed us to express our creativity and gave us a way to engage with people as a designer in an interpretive experience.”

The Workhouse owned by the National Trust, is one of the most complete workhouses in existence. It was built in 1824 and housed around 160 inmates who lived and worked in a strictly segregated environment.

The National Trust launched a new Creative Fellow programme at The Workhouse in 2016. This annual programme of residencies aims to support the production of new creative work, in collaboration with researchers, responding to the site and engaging audiences in its history through creative means.