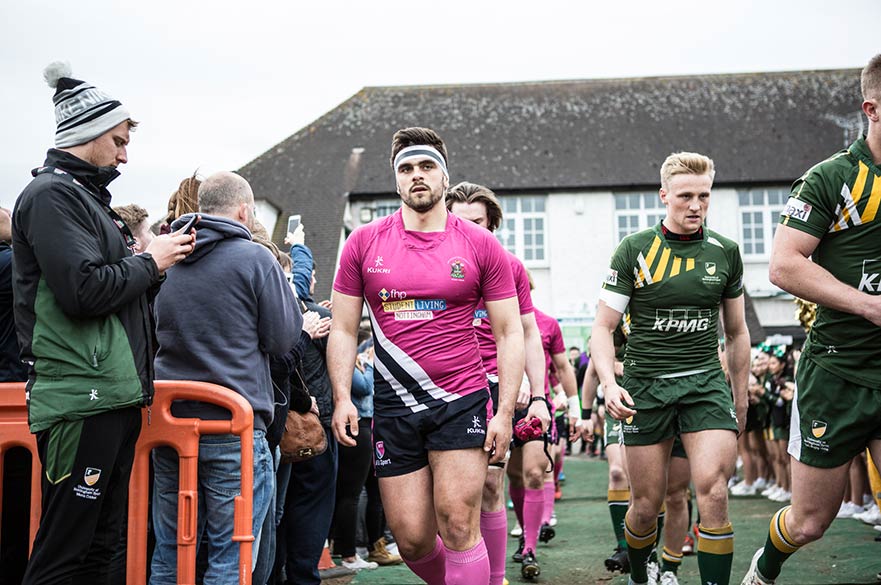 We are proud to announce that one of our Rugby Union scholars, Ben Brownlie, has signed his first full-time professional contact with Nottingham Rugby.

On the completion of his studies at Nottingham Trent University, the promising 23 year-old will start a one-year deal with the Green & Whites.

Having made a total of 20 appearances, and scoring 2 tries, since joining the club in 2014, Brownlie has made 10 of those during the current season, and featured in all 6 six games of Nottingham’s British & Irish Cup campaign.

Head coach Ian Costello, was happy to have kept hold of the talented front rower for his first full season, saying:

“Ben has come out of the Trent Uni programme and straight into a full-time contract with us. We are delighted that he has chosen to stay with Nottingham and continue his promising rugby career. He’s one of three Nottingham Trent Uni players who are finishing their studies, that we have offered full-time contracts to, and it’s an ongoing reflection of the quality of the programme and our growing partnership with Trent."

“He’s managed training and study demands really well and featured strongly throughout the season. He’s really developed as a player this season and we are very excited about his future at the club and how much further he progresses when he enters our programme on a full-time basis.”

Brownlie is the second graduating NTU student signing to be announced, following the news that Josh Poullet had signed a two-year deal last month, with one more player to be confirmed next week.