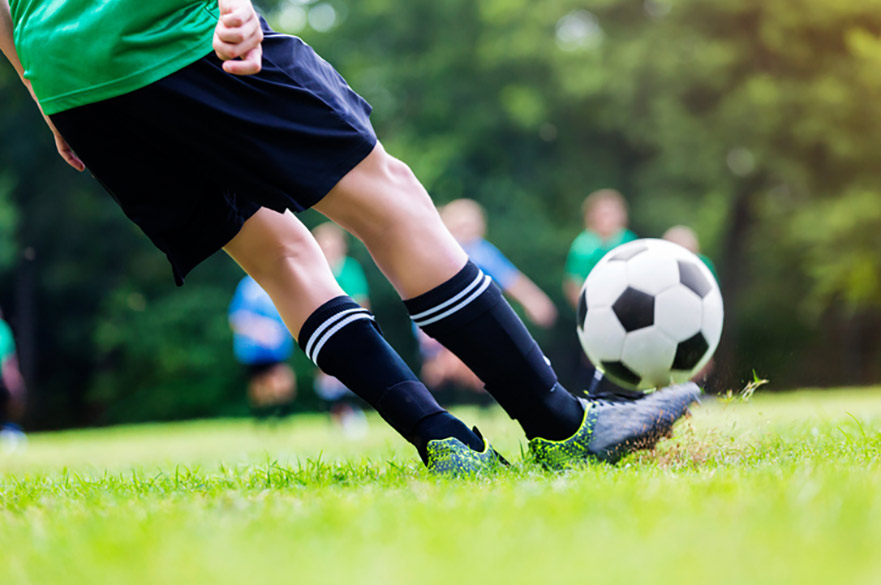 The study, published in the International Journal of Sports Medicine, looked at almost 100 elite adolescent footballers moving from part-time to full-time training for the first time

In the past, factors such as rapid increases in training volume have been implicated negatively in terms of bone health.

The response is the bone’s way of adjusting to the increased amount of training that is taking place, the researchers believe

The study, published in the International Journal of Sports Medicine, looked at almost 100 elite adolescent footballers moving from part-time to full-time training for the first time.

Players, who were all aged 16 and from academies across the UK, trained for about 12 hours per week – almost double what they were used to. Training consisted of high-intensity running drills, small-sided games and technique-based work.

Bone characteristics of players’ dominant legs were measured prior to them beginning training – and then again 12 weeks later.

Scans showed that tibia, or shinbone, density – which is associated with bone strength – and other bone characteristics increased significantly post-training.

The researchers suggest the change may be due to increasing bone formation, which increases bone strength.

Playing football has been associated with improving bone health in the past, although the specific volume of playing required was unclear.

It is hoped the findings could pave the way to future work looking at the implications for prescribing exercise to individuals for bone health purposes, or in relation to exercise for osteoporosis treatment and prevention.

“Even when bone is accustomed to football participation we can increase its size and strength in just a short period of time when the volume of training is increased,” said lead researcher Ian Varley, a sports scientist in Nottingham Trent University’s School of Science and Technology.

He added: “In the past, factors such as rapid increases in training volume have been implicated negatively in terms of bone health. We have shown, however, that in the majority of individuals the bone appears to adapt positively as a result of this unaccustomed increase.

“The adaptive responses we witnessed may have been enhanced by the fact these players were adolescents, supporting the argument for exercise interventions to improve bone strength in young people.”