Job done for both Men's Rugby Union and Football

Wednesday 12 April was a momentous day for NTU Sport, with both the Men’s Rugby and Football first teams achieving well deserved promotions in their respective competitions. 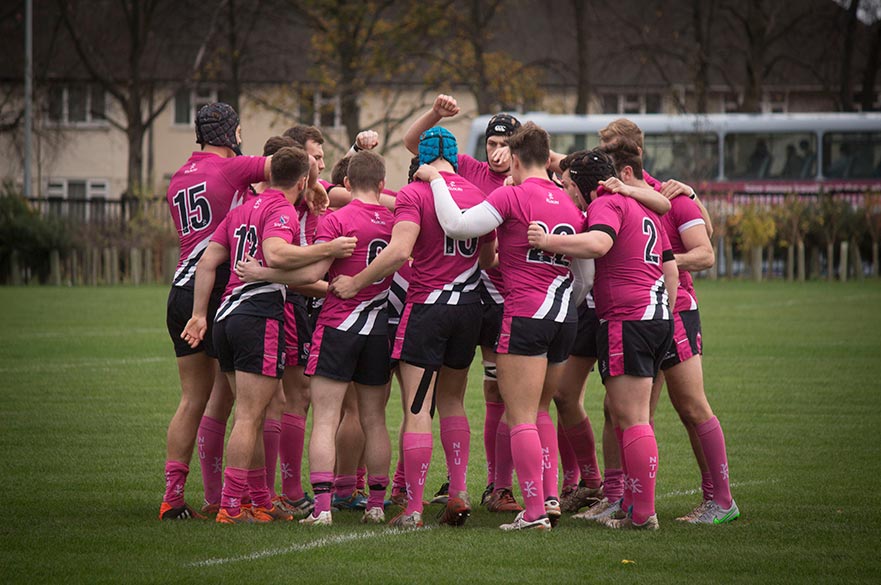 Wednesday 12 April was a momentous day for NTU Sport, with both the Men’s Rugby and Football first teams achieving well deserved promotions in their respective competitions.

Both teams had the first of two promotion play-offs last week, and before the start of play yesterday, they were both in a very strong position. However, the job wasn’t done, with both teams still with work to do.

The Men’s Rugby first team didn’t get off to the best start this season, losing their first three games in North A, before a win against local rivals, University of Nottingham, kick-started their season. From then on they have shown a rich vein of form, finishing on top of North A to set up the two-legged play-off with University of Bristol, winners of South A. Promotion to BUCS Super Rugby was up for grabs.

The first leg ended with a fantastic result for the NTU team, with a 57-0 win giving them a huge cushion going into yesterday’s game. However, not wanting to give anything to their opposition, the team went to Bristol fully focused and eager to cement their dominance. A 60-12 win and another commanding performance meant an aggregate score of 117-12, securing promotion to BUCS Super Rugby in emphatic style.

The BUCS Super Rugby was introduced this year, comprising of the eight best men’s Rugby Union university teams across the UK to ensure the highest quality of Rugby each week. Next year the league will increase to nine teams to include Nottingham Trent University.

It was a more difficult task for the Men’s Football first team, who were part of a three-way round-robin play-off with University of Nottingham (UoN) and Newcastle University. A win last week against UoN meant either a win or a draw was needed against Newcastle to get promoted to Premier North, something which no other NTU Football team has ever done before.

It was a very cagey first half, and the scores were all level, 0-0, at half-time. It was NTU who started the stronger of the two sides in the second half, and it wasn’t long before the deadlock was broken, with O’Malley taking NTU into a 1-0 lead. A sloppy goal was conceded halfway through the half to bring it back level, and set up a very nerve-racking last quarter. However, NTU held firm, and managed to close out the game to finish 1-1 and secure promotion.

Yesterday’s results mean that our Men’s Rugby Union and Football first teams will now be competing in the highest level of University competition next year. It is a testament to the hard work both teams of players and coaches have put in over the last few years, and it is no more than they deserve.

Bring on next year!

Job done for both Men's Rugby Union and Football