The NTU Chamber Choir have returned from a successful music tour in India where they performed in venues across New Delhi and Chandigarh. 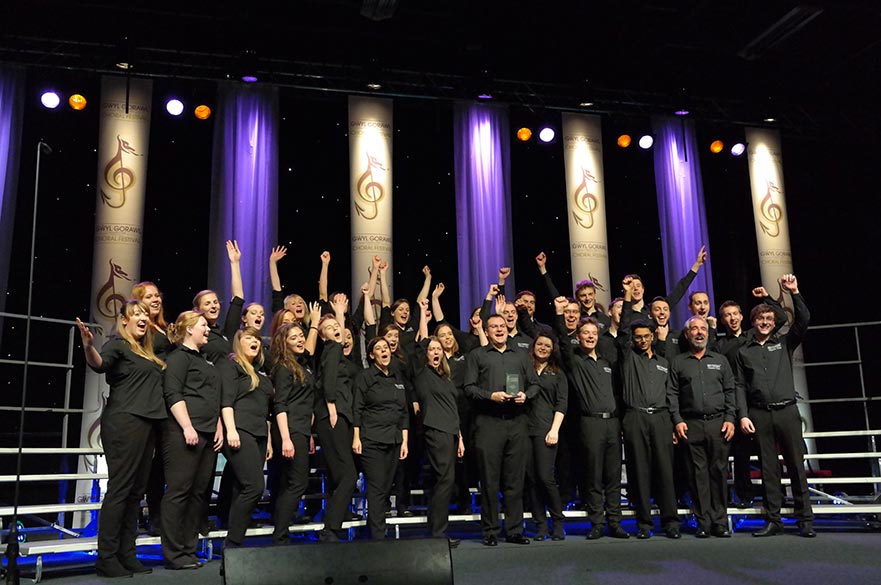 The NTU Chamber Choir have returned from a successful music tour in India where they performed in venues across New Delhi and Chandigarh.

Every year the Chamber Choir embark on a European tour and in the past have visited Holland, Spain, Czech Republic and Hungary. In April 2016, the Choir travelled to Spain where they performed in Barcelona’s most prestigious venues, including La Sagrada Familia, Monserrat Abbey and Barcelona Cathedral. This year’s tour was particularly exciting for the Choir, which is made up of students, staff and alumni of the university, as it was the first time that they have travelled outside of Europe.

The Choir’s first stop was New Delhi, where they stayed for three days and performed in three venues, including the British Council, Vasant Valley School and the Modern School.

New Delhi’s bustling environment was an exciting experience for the NTU Chamber Choir who, as well as performing in concerts, found time to explore famous sights, including Humayun's Tomb, Akshardham Temple and the streets of Old Delhi.

The NTU Chamber Choir then travelled north to Chandigarh where they performed in four venues across the city, including Panjab University, Alliance Francaise, Vivek High School and St Stephen’s School.

Chris Brown, final year BA (Hons) Criminology student said, “The tour to India really was one of the best weeks of my University experience. I feel so privileged to have been a part of such a fantastic tour. I really enjoyed the concert at Panjab University. The audience really enjoyed our programme and it was great having the opportunity to chat to students after the concert.”

On Thursday 27 April, the NTU Chamber Choir will be performing their tour programme in the Old Chemistry Theatre at 7.30 pm. Tickets are £8, or £3 for students, and will be available from the Music Centre or on the door. Please email the NTU Music team if you would like more information.