Dr Sarah Jackson, a senior lecturer in English at Nottingham Trent University, has been shortlisted for the Commonwealth Short Story Prize. 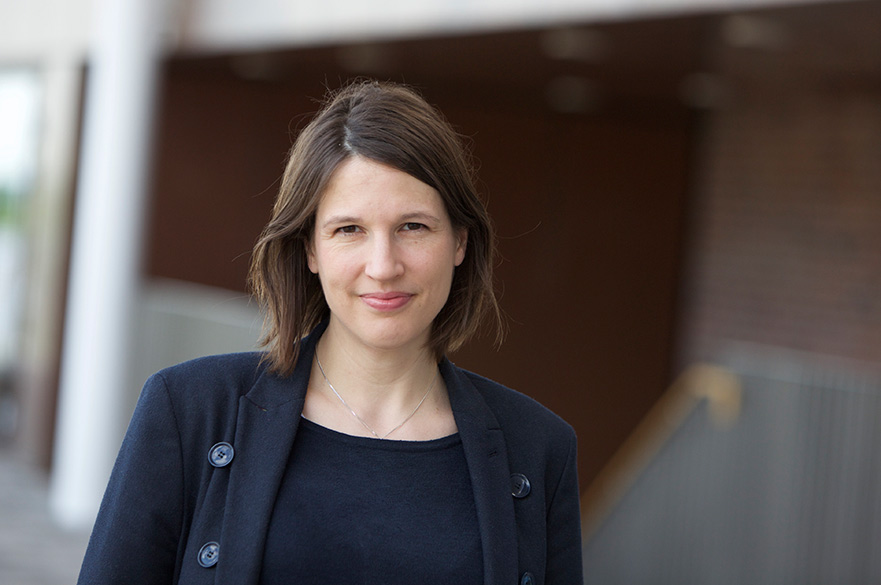 I have been writing stories on and off for a couple of years, but haven’t had the courage to send any out to magazines and journals.

Dr Sarah Jackson, a senior lecturer in English at Nottingham Trent University, has been shortlisted for the Commonwealth Short Story Prize.

She is one of 21 writers to have been selected by an international panel of judges.

Almost 6,000 people from 49 countries entered the competition, with the prize awarded to the best piece of unpublished short fiction in English.

Sarah’s story ‘Echolocation’ follows a young boy called Victor who lives in a small French market town with his father. One day he fails to return home from school and instead ventures up into the hills above the town.

Sarah was inspired to write the story after participating in a guided bat walk at Wollaton Hall, Nottingham. “My mum has always been afraid of bats and I grew up believing the usual horror stories: threatening to tangle in your hair or suck your blood, bats are feared across the western world”, she said.

"But I’ve also been strangely fascinated by these creatures and I soon started thinking about how bats are represented in literary, artistic and popular culture – from the fictional superhero Batman to the vampire in Bram Stoker’s 1897 gothic horror, Dracula.

"Diminutive, nocturnal and beyond human hearing, bats attract the attention of many writers: the Australian poet Les Murray calls them ‘darkness in miniature’ and Angela Leighton refers to ‘ear-shapes, sound-ghosts, plucked frequencies drawn from the shadows."

After her bat walk, Sarah decided to write a story that explored these ‘sound-ghosts’ and started working on ‘Echolocation’.

She entered her story into the Commonwealth Short Story Prize after a friend sent her a link to the competition.

She explained: “I have been writing stories on and off for a couple of years, but haven't had the courage to send any out to magazines yet. I entered on a whim. So it’s a huge surprise and an incredible honour to be shortlisted for the prize.”

Sarah, from the University's School of Arts and Humanities, is author of Pelt (2012), a poetry collection which won the Seamus Heaney Prize and was the readers’ nomination for the Guardian First Book Award.

Last year she was selected by BBC Radio 3 and the Arts and Humanities Research Council (AHRC) to be one of only ten New Generation Thinkers 2016 – a scheme which aims to develop talented academics who can share the best of university research and ideas through radio and television.

Kamila Shamsie, novelist and chair 2017 Commonwealth Short Story Prize, said: “The judges weren't looking for particular themes or styles, but rather for stories that live and breathe. That they do so with such an impressive range of subject matter and tone has been a particular pleasure of re-reading the shortlisted stories.

“The geographic spread of the entries is, of course, in good part responsible for this range - all credit to Commonwealth Writers for structuring this prize so that its shortlists never seem parochial.”

The Commonwealth Short Story Prize was set up in 2012 and aims to inspire and connect writes and storytellers from across the world.

The competition is judged by an international panel of writers, representing each of the five regions of the Commonwealth