Two representatives from Hainsworth Fabrics in Yorkshire visited NTU in April to judge the outcomes of the live brief, which had been based on the students’ design project for the musical ‘Into The Woods’. 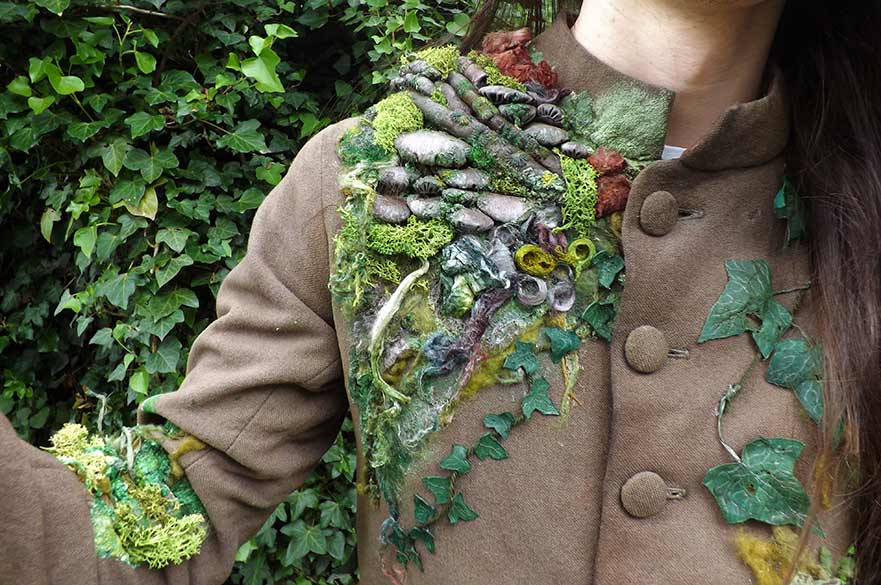 Year Two students on the BA (Hons) Costume Design and Making course at Nottingham Trent University have recently taken part in a live project brief, set by one of the oldest and most highly regarded fabric producers in the UK.

The project brief asked the students to use an image of an original riding jacket, from the period 1730 – 1820, as a starting point. They were then asked to explore how their chosen image would inspire and feed into their jacket design.

Students presented their ideas and final pieces to the Hainsworth judges, and were asked questions about the ways in which they worked with the cloth, how they arrived at their chosen patterns, and how they approached the decoration and finish of their garment.

The judges were very impressed with the consistent high standard shown by the students. Sigrid Mularczyk and Cassie Strong were named joint winners, receiving £50 each as a prize. In addition, designs by Sarah Keeton and Katie Taylor were highly commended by the judges.

Cassie Strong said: “All the hard work put into decorating the jacket, and the thought I put into experimenting with different materials, has paid off! It has left me feeling excited to see what costumes I will create in my final year.”

She continued: “It’s great that a company like Hainsworth, so well-known for their specialised wools used in lots of important events, gave us students creative license with their fabrics. To create a costume that started as just a character on paper, is so satisfying.”

Hainsworth Fabrics have been producing textiles in the Farsley area since 1783. Today they operate as manufacturing leaders in a diverse range of markets, including apparel and costume fabrics, piano felts and personal protection equipment for Fire and Police services.