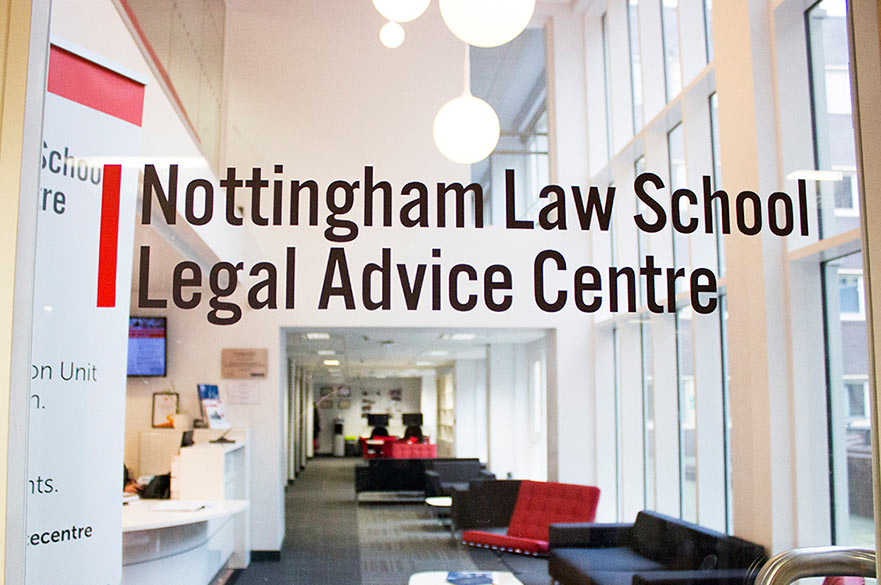 Based on Goldsmith Street in Nottingham city centre, the team will be running two drop-in sessions per week for eight weeks, from 5 June to 27 July. Each session, from 10am -1pm, will focus on a specific topic and will consist of 30 minute slots with a supervising solicitor, who will be assisted by students from Nottingham Law School.

The sessions are as follows:

Neighbour disputes and rights of way
Dates of drop-in: 8 June, 22 June, 6 July, 20 July
Type of issues dealt with: Do you have a ‘problem’ neighbour? Is your neighbour walking through your property to access theirs?

Social welfare and landlord/tenant issues
Dates of drop-in: 15 June, 29 June, 13 July, 27 July
Type of issues dealt with: Do you need help with a benefits appeal? Has a landlord refused to return your tenancy deposit?

Employment law
Dates of drop-in: 19 June, 26 June, 10 July, 24 July
Type of issues dealt with: Are you appealing a dismissal? Are you experiencing problems at your workplace?

Those seeking advice are asked to bring a utility bill from the last three months and a current formal photo ID, such as a passport or driving licence.

The Legal Advice Centre, which is run as a teaching law firm, holds the LawWorks Award for Best Contribution by a Law School and the Access to Justice Foundation Award 2016. It was also nominated for a Law Society award for Excellence in Pro Bono.

Faye Deverell, who will be running the social welfare and landlord / tenant sessions, was recently named Solicitor of the Year by the Nottinghamshire Law Society.

A small number of slots will be available to book in advance for each session. Both bookings and drop-ins will be handled on a first-come, first-served basis. If the team is unable to see someone due to high demand, they will be directed to other sources of help.