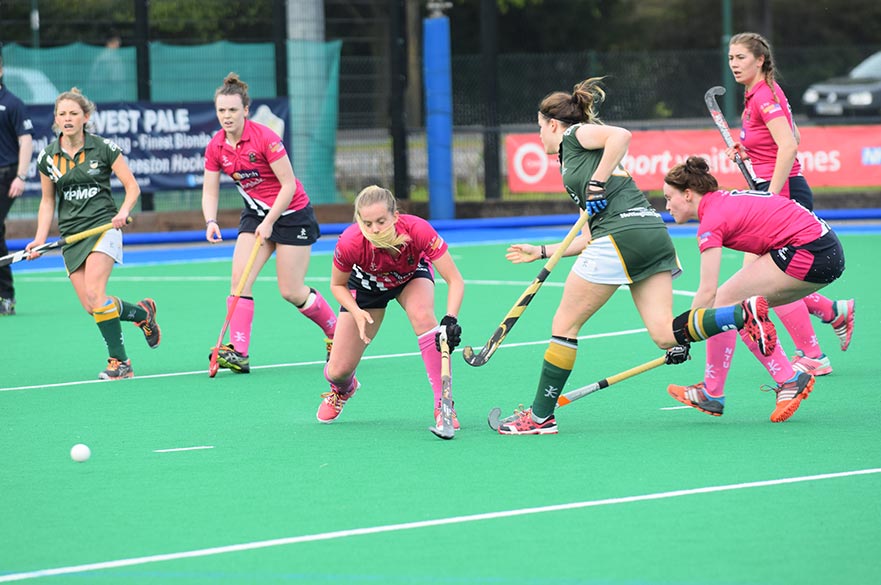 Sunday was a disappointing day for NTU, with losses in both Netball and Water Polo meaning that the series score stood at 4-9 before the start of play at Beeston Hockey Club last night. However sprits were high in the Women's Hockey team, who were eager to get an all important point back for NTU.

It was always going to be a difficult game for the women, who were up against a UoN team in the league above them. Therefore, the game plan was clear from the start: stay tight in defence and frustrate the opposition, then hopefully score on the break.

The game started as expected, but some great defence from NTU kept UoN's chances to a minimum, and some neat play up the pitch meant they were a threat themselves. Unfortunately, it was UoN who broke the deadlock, with all their pressure finally paying off.

With one minute to go in the first half, NTU had their chance on the break but unfortunately they couldn't quite capitalise. It was a 3 v 1 and a slight lack of composure gave time to the UoN defence to get back in position, and a mislaid pass at the crucial moment meant the chance was gone.

The score was 0-1 going into half-time, and NTU would have been very happy, undoubtedly still in with a great chance to turn the game around.

The second half was more of the same, but as time went on, you could really start the sense the frustration setting in for UoN. At only 1-0, they were clearly not safe, and NTU were defending resolutely.

UoN's second goal went in halfway through the half, and from then on it seemed like a long way back for NTU. However, they showed real grit and determination to manufacture a couple of short corners, unlucky not to score from one of them.

The game ended 0-2, but the girls should be very proud of their performance against a Prem A team.