The number of car-motorbike collisions and related injuries could be reduced if motorists were to undertake simple online training games aimed at improving their perception skills, a new study suggests. 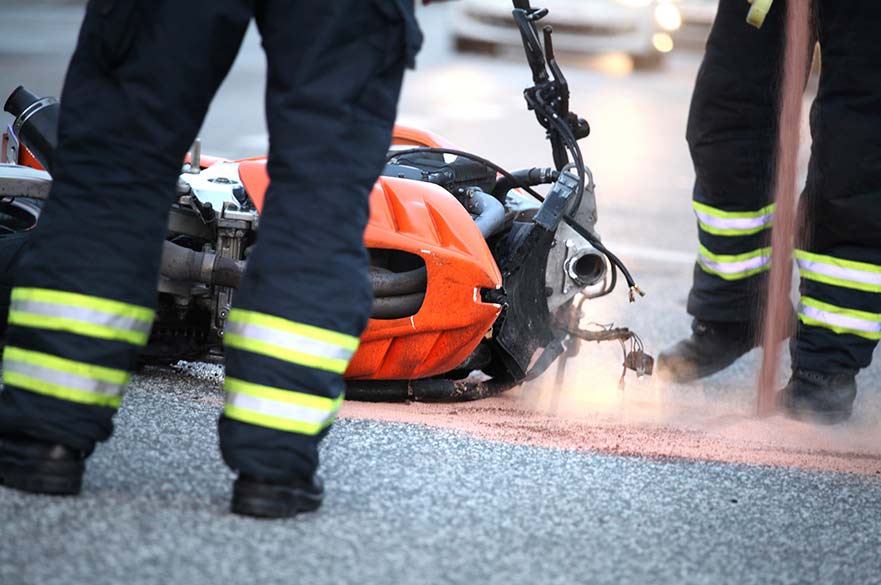 Psychologists at Nottingham Trent University found they were able to significantly improve the ability of drivers to spot approaching motorbikes at T-junctions after a brief ‘perceptual training’ task.

Motorcyclists are disproportionately involved in collisions and fatalities across the globe – in the UK alone there were 365 motorcycle fatalities in 2015, with more than 5,000 motorcyclists seriously injured.

The majority of incidents typically involve a vehicle failing to give way to a motorbike at a junction.

Researchers believe that such accidents often occur because, although the motorist has looked, they have failed to perceive the information correctly and it has not reached their ‘conscious awareness’.

This, they say, may be particularly the case for motorists who do not ride themselves or have had little exposure to motorbikes through family or friends.

As part of the study, reported in the journal Transportation Research Part F: Traffic Psychology and Behaviour, participants undertook a series of tasks.

The first, which required them to accurately detect an approaching vehicle at a T-junction from briefly displayed images on screen, was performed better by ‘dual drivers’ – those who also ride motorbikes.

When retested on the T-junction task, the team found that those who had undergone perceptual training for motorbikes were better able to identify approaching motorcycles, with their accuracy improving from 82 to 88%. The same was not found with the control group, however.

The researchers say their method could be introduced as a potential training aid for motorists.

“Our ultimate aim is to reduce car-motorcycle collisions, and T-junctions are the number one culprit,” said Professor David Crundall, a psychologist and expert in hazard perception in Nottingham Trent University’s School of Social Sciences.

He said: “Collisions involving motorcycles are all too often fatal, or result in particularly severe injuries. There is mounting evidence to suggest that exposure to bikes increases the ability to recognise them on the road and that when motorcyclists are behind the wheel of a car, they are less likely to crash into a motorcycle.

“We have provided the first evidence that brief perceptual training is sufficient to improve the average car driver’s ability to spot motorcycles.

“We believe there is scope to ‘gamify’ a range of training interventions to improve driver safety. A simple training aid like this would be very simple to implement on a web platform and could ultimately save lives.”