The prize recognises those who have made exceptional contributions to the application of physics in an industrial context. 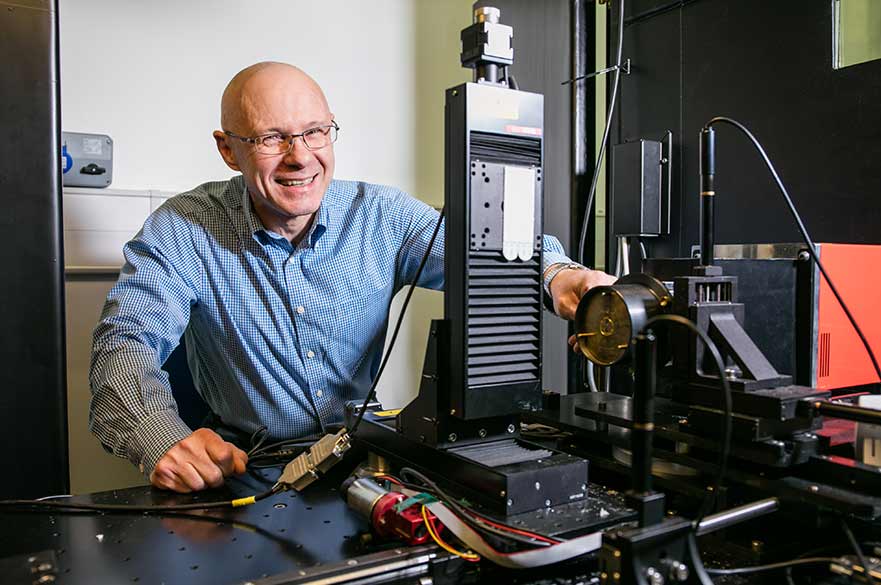 Professor Evans,based in the university’s School of Science and Technology, has been awarded the Dennis Gabor Medal and Prize for his innovative research into 3D X-ray scanning systems.

His work has resulted in the development of one of the world’s most advanced 3D X-ray scanning systems and a number of cost-effective solutions in overcoming major terrorist threats to air travel.

The Dennis Gabor Medal and Prize is awarded by the Institute of Physics (IOP) and recognises those who have made exceptional contributions to the application of physics in an industrial context.

Professor Evans led a team of researchers at the university to developing scanning systems to improve the detection of weapons and explosives concealed in luggage at airports.

The scanning systems were implemented in thousands of airports across the globe.

Based on their work, experts at Nottingham Trent University are leading a $4.4million research project, funded by the US Department for Homeland Security.

The university also formed a spin-off company based on the research – Halo X-ray Technologies Ltd – with Cranfield University to commercialise the technology.

The world-leading work by Professor Evans contributed to the Queen’s Anniversary Prize for Higher Education, which was awarded to Nottingham Trent University in 2015. It is the highest national honour for a UK university.

His more recent innovations include systems to reduce false alarms and identify materials such as narcotics, plastics, liquids and homemade explosives that produce material-specific X-ray signals, in milliseconds.

In 2016 Professor Evans was awarded the Times Higher Education Award for Outstanding Contributions to Innovation and Technology.

Professor Roy Sambles, president of the IOP, said: “These awards are a celebration and a recognition of excellent physics, by physicists - by which our community honours those who produce the very best work.

“It is brilliant to see the continued creativity and cutting edge endeavours across all areas of physics throughout the UK, Ireland and internationally. The quality of the work and those undertaking it indicates that we have a very bright future ahead of us. My warmest congratulations go out to all the winners.”

Professor Evans, Head of the Imaging Science Group at Nottingham Trent University, said: “I am very gratified to receive the prestigious Dennis Gabor Medal and Prize for our pioneering research and its impact upon the security screening industry. I am delighted that the importance of this field of research and my own group's contribution to it have been recognised in this way.”