Nottingham Trent University has submitted plans to convert a former Wesleyan Chapel into a venue for degree ceremonies and other prestigious events. 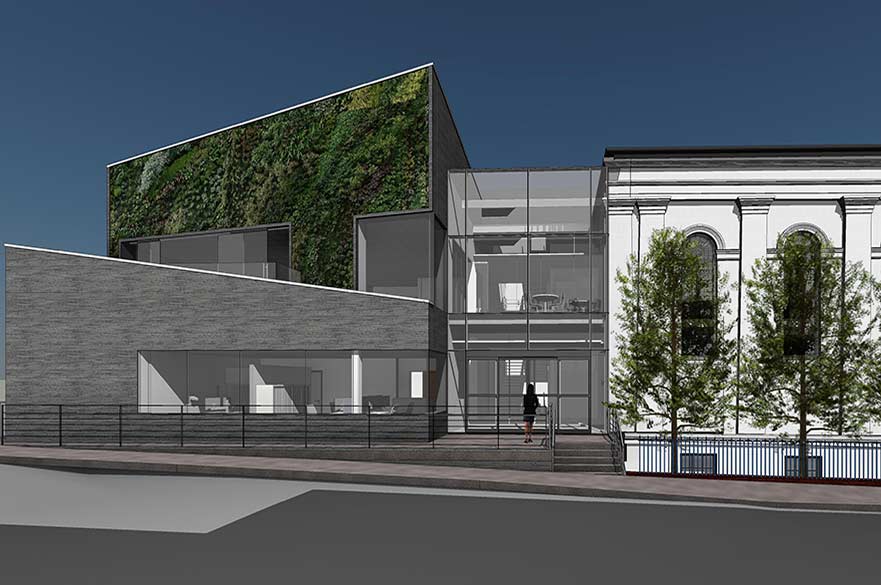 48 Shakespeare Street was bought by the University earlier this year with the view to converting it into use as University Hall, preserving the listed building and securing its future.

The original building, most recently used as a synagogue, was constructed in 1854 to designs by Thomas Stimpson but a large rear extension was added in 1976.

At the front of the chapel, facing Shakespeare Street, a new foyer will be created and the chapel will be opened up with the replacement of solid screens with glass.

The University proposes demolishing the rear extension and replacing it with a sympathetic contemporary extension to create a Music Centre and dining facility. This will be linked to the main building with a glass vestibule. The Music Centre will provide dance and music studios and practice rooms.

The plans, submitted to Nottingham City Council, also propose a new stained glass window for the front of the building, depicting the University’s crest.

Steve Denton, Chief Operating Officer at Nottingham Trent University, said: “NTU is the ideal guardian for this building and will ensure its long term care. We have proved our sensitive and award winning approach to restoring important buildings with the transformation of 50 Shakespeare Street and our iconic Arkwright Building.”

If plans are approved, the University hopes the hall can be used for graduation ceremonies from next year, along with other cultural events and its Distinguished Lectures series.

Mr Denton added: “NTU prides itself on offering a personalised student experience and The University Hall will help to deliver that for our graduation ceremonies.”