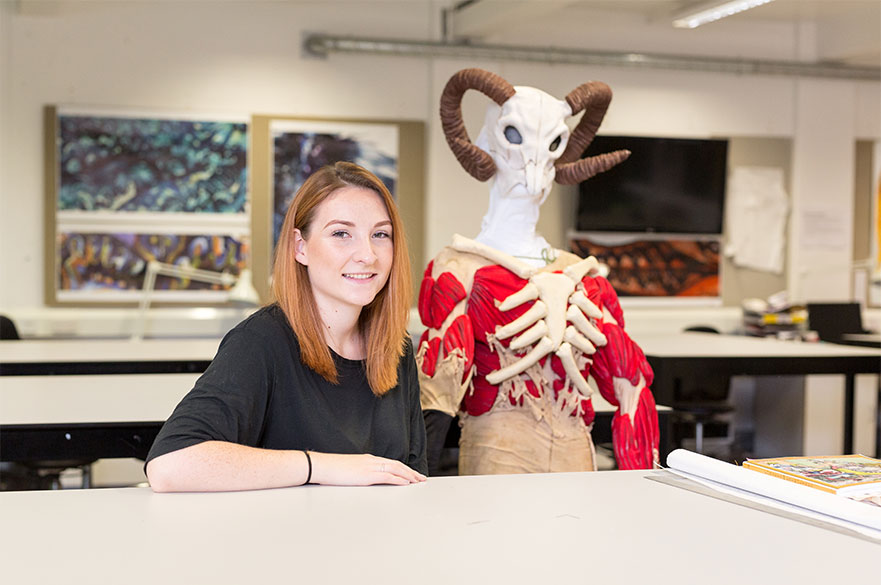 A recent graduate from the BA (Hons) Costume Design and Making course at NTU has secured a prestigious year-long traineeship at The National Theatre in London.

After graduating with a 2:1 honours degree this July, Aimee Carter has landed the role of Trainee Costume Buyer at the leading performing arts venue on London’s vibrant Southbank, following a competitive application and interview process.

In her role she will gain vital experience in sourcing fabrics, and working with all members of the in-house design team to realise costumes for the ambitious programme of up to 25 shows a year. In addition to designing and making, Aimee will gain experience in costume buying, which involves sourcing garments from the UK and beyond.

When asked how she felt when discovering she had secured the role, Aimee said: “I felt shocked mainly! It’s my dream place to work, so I couldn’t believe how lucky I was to get the job so soon after graduating.” 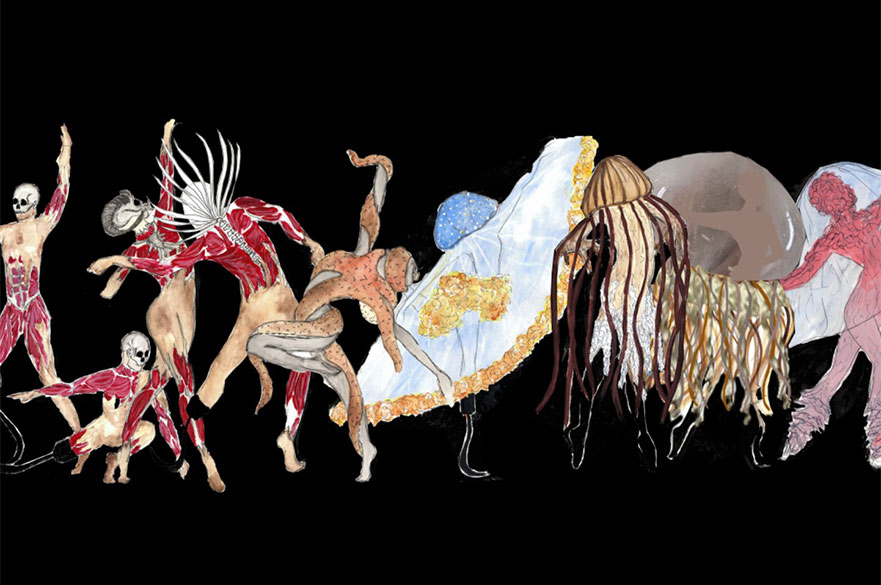 She continued: “During my three years at NTU, I have increased my determination to have a successful career in the costume industry. At the National Theatre, there will be so much to learn, and I will be able to see how everything works in large-scale productions, from start to finish.”

On her experience studying at NTU, she said: “The tutors at NTU are embedded in industry, and have amazing experience, which is super helpful and inspiring. Hearing about their experiences definitely made me feel less nervous about the interview.”

She added: “I liked that I could both design and make, as I was unsure which I wanted to pursue in my future career.  I also enjoyed the variety of the topics that you wouldn’t initially assume were linked to costume, such as wig-making and puppet-making tutorials.”

“Studying at NTU has given me the confidence in my skills and the network of contacts necessary for starting off in the industry.”

Prior to being offered the role at the National Theatre, Aimee had been working at Nottingham Playhouse as a Dresser and Wardrobe Assistant. She had also gained industry experience at Nottingham’s Theatre Royal, and at the Royal Opera House, where she gained insights into the dynamics of a large-scale wardrobe department, and how different teams operate when putting together a show.

Find out more about the BA (Hons) Costume Design and Making course.