Academics have developed technology which allows Google Earth to be used for a census of palm trees over vast swathes of land as part of a world-first research project led by Nottingham Trent University. 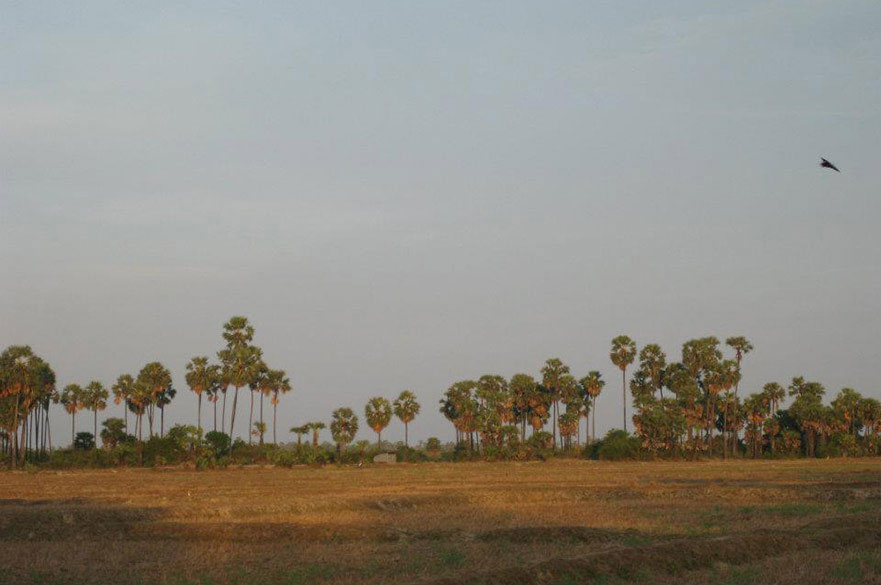 In collaboration with National University of Sciences and Technology in Pakistan, a team has developed an algorithm and tested it on a specific type of palm tree with a 93 per cent accuracy.

The project was launched to raise awareness of the decline of the Palmyra tree in northern Sri Lanka, a species which is believed to have fallen in numbers in the Jaffna and Mannar regions during the past two decades.

But the technology can be applied to any palm or coconut tree species and used as the basis for a census anywhere in the world.

The technology works by autonomously surveying images on Google Earth - which is freely available online to the public - to match colours of foliage and combines this with data on types of shadows cast on the ground.

The Palmyra is distinguished by its blue/green fronds and its shadows indicate its impressive height, which can be up to 100 feet tall.

Dr Senthan Mathavan, a visiting research fellow at Nottingham Trent University who has led the study, said: "Sri Lanka used to have more than 10 million Palmyra trees concentrated in its northern regions but over the past two decades these numbers have fallen.

"Due to the expansion of urban areas and the civil war, many Palmyra trees have been cut down and their land used for housing or farming coconuts.

"By carrying out a census of these trees, and proving the downward trend of their numbers, we hope to raise awareness of the seriousness of their depletion.

"Conventionally a tree census is done manually or via remote sensing techniques which can be time-consuming and costly.

"But by using an algorithm and visual data from Google Earth, we can deliver a cost-efficient census quickly, effectively and remotely."

Another aim of the project is to identify where else Palmyra trees can be cultivated to offset their dwindling numbers.

Co-investigator Dr Khurram Kamal, of the National University of Sciences and Technology, said: "Palmyra trees are widely regarded as the single most useful plant in the northern region of Sri Lanka.

"They are used as a source of food which is high in nutrients and are used to make palm sugar which has medicinal values.

"Their fronds also grow together to resemble a sphere which gives the tree a distinct feature on the Sri Lankan skyline.

"So it's important that we're able to gather reliable data on the decline of these trees to help ensure that something is done to mitigate their decreasing numbers.

The research is set to be presented by masters student Tayyeba Javed, of the National University of Sciences and Technology, on 7 and 8 September at the International Conference on Automation & Computing which is to be held at University of Huddersfield.