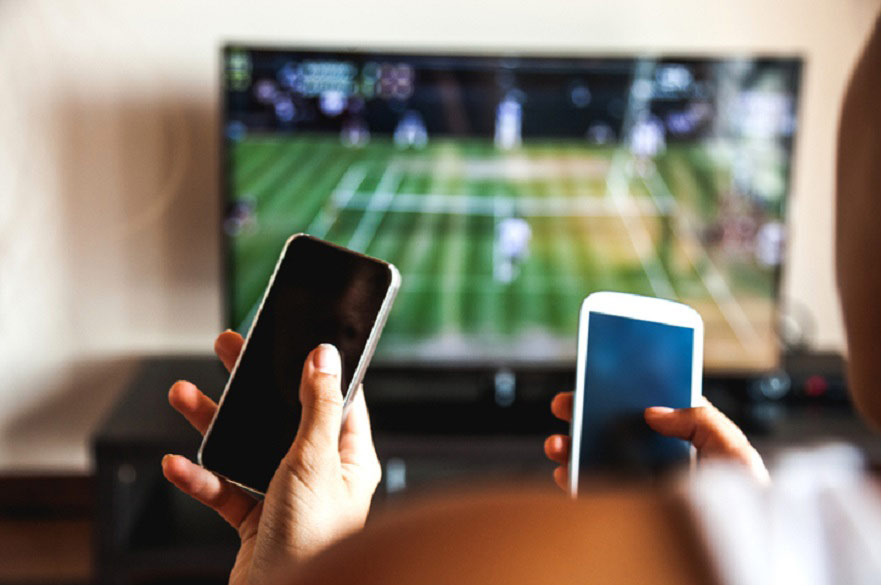 A study, led by psychologists at Nottingham Trent University, showed that 77% of betting adverts showed no female characters, highlighting the extent to which bookmakers were targeting men.

Adverts were also tapping into the appeal of high-risk bets, the research found, with punters typically depicted staking small amounts of money with large potential returns – up to 51 times the invested money.

In only a quarter of cases (24%) were gamblers shown in adverts betting whilst interacting with others, emphasising the individual nature and consumption of mobile betting.

Betting whilst watching sport in adverts was associated with emotionally-charged situations such as celebrations and drinking alcohol, and in-play betting was shown in almost half (46%) of all adverts, the researchers found.

More than a third – 36% - of adverts promoted some form of free bet or refund when signing up new clients and mobile betting was the predominant platform advertised, with 92% of adverts depicting characters betting via their smartphones.

Researchers analysed 135 UK and Spanish adverts from 29 different betting brands as part of the study, which aimed to investigate how ‘normal’ sports betting behaviour was represented in gambling advertising.

In terms of wagers, riskier bets showed odds that involved returns of 51 times the money placed – implying a probability of less than two percent. The average potential return for bets was £132, with a maximum £576.

No wagers resulted in a loss to the gambler in any of the adverts.

The researchers say that, whilst all of these characteristics may not be decisive in isolation, cumulatively they could have a negative influence on those vulnerable to problem gambling.

Professor Mark Griffiths, Head of the International Gaming Research Unit at Nottingham Trent University, said: “When regularly and collectively portrayed in adverts, sensation-seeking, impulsivity, instant-betting and disinhibition could influence the betting behaviour of vulnerable groups such as problem gamblers and adolescents.

“Sports betting companies are also clearly targeting males, who we know are seven times more likely to bet on sports than women and more likely to develop gambling-related problems.”

Dr Hibai Lopez Gonzalez, lead author and postdoctoral researcher in Nottingham Trent University’s School of Social Sciences, said: “Policymakers and legislators should be aware of the potential effects of betting marketing and advertising, especially when they target vulnerable groups, over and under-represent issues and irresponsibly link betting with sports culture.”

The researchers recently showed how betting adverts were encouraging gambling by associating betting behaviour with alcohol and junk food. They found that more than two-thirds (41%) of football betting adverts in the UK and Spain featured either alcohol or junk food in some way.