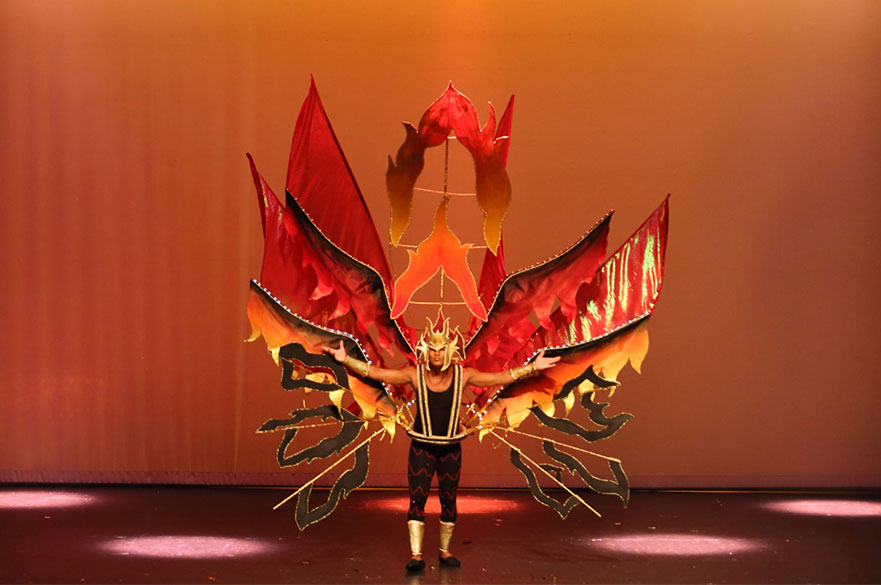 Alumna Lauren Connolly, who graduated from the BA (Hons) Theatre Design course in 2016, has recently been working as research assistant for a Functional Electronic Textiles partnership project, in association with the Advanced Textiles Research Group at NTU. Lauren designed a Carnival costume incorporating illuminated, stretchable yarns that was presented at EMCCAN Queen Show competition at Nottingham Playhouse this July. The costume then went on to be part of the Nottingham Caribbean Carnival in August, before going on to Leeds Carnival.

Lauren was made aware of the opportunity by Theatre Design course leader Andrea Moneta. The project came as a collaboration between NTU’s Electronic Textiles department and The ABC Dance school run by Tatiana Woolley. It was Tatiana who proposed the idea of creating the costume for the show at Nottingham Playhouse, and for it to then go on to be part of Nottingham Carnival and various others around the country.

Lauren was responsible for the costume’s main design and all the material elements. She designed the backpack, whilst also considering and making the other sections that made up the costume’s different flame elements. The project brief asked for a light-up Carnival costume, entitled The Electrifying Body, to incorporate LED e-yarns in a stretch leotard. The leotard was produced using electronic yarn in stretch fabric with the Electronic Textiles Department, fabricated by Lauren’s co-designer Viktorija Sakalyte. 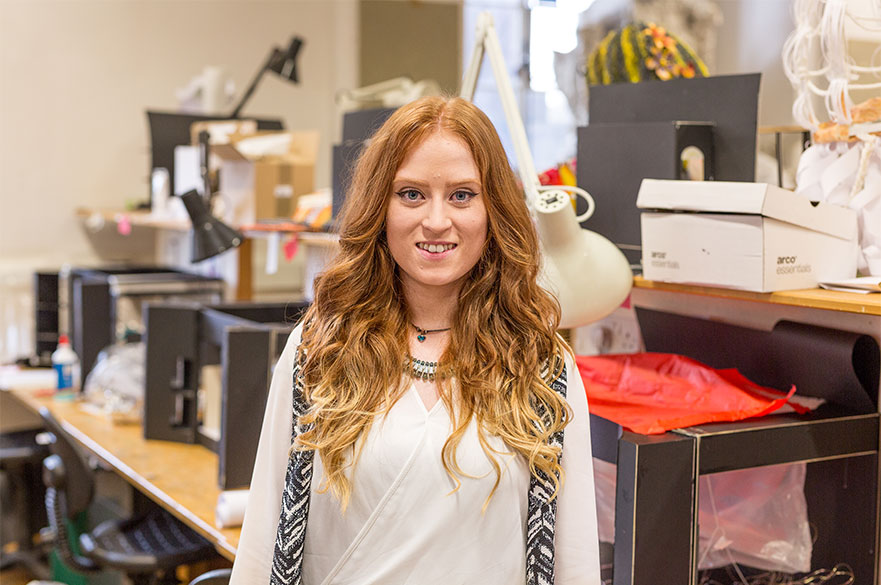 Lauren explained: “The King character centred around the Brazilian idea of the god Esu Odara, a messenger between heaven and earth whose characteristics made him a strong, protective guardian. The design’s key influences were the character’s elements of earth and fire.  These combined to form a costume representative of a growing fire, with large flames fanning up and out, down into the burnt embers you see flick from large fires. The costume aimed to create a sense of dancing flames travelling through the Carnival parade.”

On her experience of the collaboration, Lauren said: “I found the whole process a completely refreshing way to design for and dress a costume. Though challenging, it has allowed me to be explorative as a designer and maker. Carnival costumes need to be looked at from a different perspective in terms of construction and overall finish, which was a vital part of the making process.”

She continued: “The design needed to work in a theatre space, but also perform well throughout a moving performance in an outside space with audience members and other performers surrounding it. It needed to be transportable, whilst still creating an impact. These were challenges that I enjoyed considering and overcoming throughout my work on this project. For me, being involved in the Carnival process has been insightful and revelatory, due to the sheer scale of community energy that it produces and encourages.”